The first year of my stroke in 2009, I was depressed, so much so that I was embarrassed to go outside and socialize. I thought everyone was staring at me when, the fact I learned much later, most people stare at everybody all the time. I wanted to commit suicide because I thought my life was over. But I didn’t and it wasn’t. Little did I know at first that there was a life out there beyond the stroke. Depression took me, albeit 8 years later, to a different, less stressful, more peaceful place. 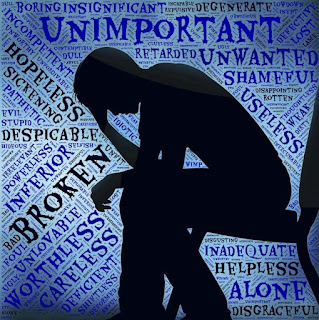 According to WebMD (that glosses over topics for the average reader, just enough to know whether you should go see someone right away), there are 9 types of depression. If you suspect depression in yourself or a loved one, even close friends, get help or advise help. There’s no need to suffer.

Major Depressive Disorder comes about if you feel depressed most of the time for most days of the week.
Some of symptoms you might have are:
Your doctor might take your symptoms and diagnose you with you with Major Depressive Disorder if you have five or more of these symptoms on most days for 2 weeks or longer. WebMD says that at least one of the symptoms must be a loss of interest in activities or a depressed feeling or state of mind.
Talk therapy where you meet with a mental health specialist may help you find ways to manage your depression, including antidepressants.
If therapy and medication don’t help, there are other options. Electroconvulsive Therapy (ECT) with electrical impulses to your brain and Repetitive Transcranial Magnetic Stimulation (rTMS) which uses magnets to stimulate certain areas of brain activity.

If you have depression that lasts for 2 years or longer, this is known as Persistent Depressive Disorder, and once called Dysthymia or Chronic Major Depression.
Symptoms include:
Talk therapy and various medications may get you out of that disorder, but don’t be surprised if it’s trial and error to start.

Bipolar Disorder, sometimes called Manic Depression, has someone with mood episodes be saddled with extraordinary high energy in addition to low depressive periods.

If you’re in the low period, you’ll have the symptoms of major depression. Again, talk therapy may help.
Medication can help bring your mood swings under control whether you’re in a high or low period. 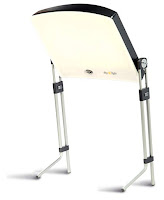 Seasonal Affective Disorder (SAD), a period of major depression, usually occurs during the winter months, short days with less sunlight. If you have SAD, antidepressants can help, but a bright light box for about 15-30 minutes each day may help instead. They’re available on Amazon by typing in “bright light for SAD” in the Search box.

Psychotic Depression have the symptoms of Major Depression along with psychotic symptoms which include hallucinations, delusions, or paranoia.
Antidepressant and antipsychotic drugs can treat psychotic depression, with an option of ECT.

Women with PMDD have depression and other symptoms when their periods start.
You may also have:
Antidepressant medication can possibly treat PMDD.

Also called Stress Response Syndrome, Situational Depression, which isn’t a technical term in psychiatry, happens during a divorce, from loss of employment, a death in your family, or similar catastrophic events.
Talk therapy is the best option.

Atypical Depression
If you have Atypical Depression, a positive event can often improve your mood, albeit for an unspecified time.
Other symptoms include:
Your doctor may suggest a type called an SSRI (selective serotonin reuptake inhibitor) as the first step.

The National Institutes of Health reports:

So with the high number of depressive disorders in the US, not counting around the world, I think it is important to give Psysh Central’s take on the worst things to say to someone who’s depressed when they trivialize depression. Here goes my 10 un-favorites:
Yes, good intentions, but stupidity also.
If you have a depressive disorder, here is my best line to reply:
“Shut the frig up!” (Please. You can substitute “frig” for a more suitable word. You have my blessing).

Joyce Hoffman is one of the world's top 10 stroke bloggers according to the Medical News Today. You can find the original post and other blogs Joyce wrote in Tales of a Stroke Survivor. (https://talesofastrokesurvivor.blog)
[email protected]
http://talesofastrokesurvivor.blog
Previous post Debunking the Fallacies for the 10 Most-Used Stroke Myths
Next post Acupuncture Cures What Ails You? “Fallacy Man” Produces Quality Points That Give You Pause

Stop Saying, “You Can Do Anything as a Stroke Survivor!”