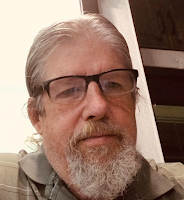 Clem Suder, presently 68 years old, was just an ordinary guy and a veteran, supporting his family and working hard as a regional operations manager. Fourteen years ago, he started to not feel so well in the middle of the night, and began to go downstairs to the kitchen where he stored all the medication.

Suddenly, he toppled over and fell down a complete flight of stairs. His son found him 24 hours later. As a result of that fall, he got a traumatic brain injury (TBI), with severe memory issues, but you would never know. He looks fine on the outside, which goes to prove the old adage, Disability comes in many forms.

By his own admission, Clem was, at first, fearful to talk about what he had witnessed. “People would think I’m crazy.”

Clem says, “This book, Playing with God, is my witness to what God has shown me in my body, mind and spirit. It is my witness to our Father, the Creator of all. In order to understand, see it through the spirit’s eye and the heart’s beats. It is for this reason the media has been ruining itself and yourself so you will not believe what you see with your own eyes. They are trying to convince you to not believe what you see.”

That last part from the New Testament deserves an  explanation. As Clem said: “The city from heaven is what will be it is important because it shows that this is not the only room and that all of God’s children will be reunited. It triggers the second resurrection because of the fear that many face. A thousand years earlier the temple that lies in the street for three days is the second witness, and He will rise even though the people rejoiced at his death thinking they have killed their accuser. It is upon his raising from the dead that the first resurrection is triggered because then he goes to his Father and is given the scroll and breaks the seventh seal.

“In essence, it brings hell to earth for all those who seek to be apart and refuse to acknowledge God. It is important that people see for themselves. What was written so long ago will happen, as it says, and there are several descriptions of what people saw as the end of days.

“Each has validity, but I only together will it be true, no one may know the time or the day, but you can see all of the things needed for it to occur. This is one of the primary reasons I have been a witness today. It will permanently remove the past and the fear which is what will allow for all of God’s people to be together.”

Before I met Clem, Daniel, the co-founder of the group Strokefocus, first began calling me five years ago because of my blog, The Tales of a Stroke Patient and More, and said that he was forming a group of stroke and other TBI survivors. I assured him I did want to join. That group included Clem, aside from a whole bunch of wonderful people, and I didn’t know of his intentions to write a book until three years later.

It was a video book, on Facebook, where a steady stream of followers watched him deliver a total of eight chapters of Playing with God every Tuesday and Thursday until the eighth and final chapter. (He also runs Live at Five 3 days a week to talk about doing the right things, no matter what denomination you are). I call him the Prophet because of what he saw and did about it.

On my Timeline from Facebook, the eight spoken chapters are there. Clem is a gentle, soft-spoken soul, and he speaks with such conviction that I restored my belief in God because of Clem which I lost when I had the stroke 10 years ago.

But Clem is not done. He wants an actual “book” book with the same title, Playing with God. I offered to edit the book for which Clem was appreciative, but I am asking my readership around the world if someone will volunteer to put Clem’s words on paper, i.e. transcribe what Clem has spoken and then send them to me in an email. The average length of each of the eight chapters is 45 minutes. You will be given name credit for transcribing aside from doing a wonderful deed to help Clem.

Thanks to you, whomever you may be, for assisting with this effort.

Joyce Hoffman is one of the world's top 10 stroke bloggers according to the Medical News Today. You can find the original post and other blogs Joyce wrote in Tales of a Stroke Survivor. (https://talesofastrokesurvivor.blog)
[email protected]
http://talesofastrokesurvivor.blog
Previous post My Meditation Journal of Headspace.com: It Helps Stroke Survivors Like Me with Anxiety, Frustration, and Possibly Even Depression
Next post Can Hypnosis Improve Me as a Stroke Survivor to the Point Where I Could Abandon My Cane? Read What the Hypnotists Told ME!

2 thoughts on “A Brain-Injured Guy, Who’s Also a Veteran Named Clem, Needs a Volunteer to Transcribe”