I never liked eggs as a young child, and I stopped eating dairy and red meat last year when I was told by others that those foods were inflammatory.

My Asian doctor threw up his hands when I told him that I’m an “almost vegan.” Instead of saying “oy vey” (the Yiddush expression for “here comes trouble”), he mumbled something under his breath that was the equivalent, I believe, because I’m taking a blood thinner, and “almost vegan” didn’t sit well with him.

Blood thinner people have to watch their intake of Vitamin K and have blood tests scheduled on a regular basis. Too much Vitamin K can cause clotting, too little causes bleeding when you’re taking Coumadin. The main thing is, take Vitamin K in a consistent way, the same foods every day, which is at best a challenge. (There are other blood thinners, but if bleeding start to happen, they don’t have an antidote that’s prevalent, but they’re working on it. Any day now, the hematologist said).

So, returning to the story, all that was left was chicken and pork. And let’s not forget sheep who are killed by the age of one to give us lamb chops, and I don’t eat lamb because I saw a special once on lambs’ torturous slaughter. For fuck’s sake.

All of this change in diet happened because I’m reading (son recommended) the book “How Not to Die,“ a documented tome by Dr. Michael Greger (available on Amazon) which, by the way, recently become an international best-seller. In the book, he gives descriptions of chicken and pork who are confined in tiny spaces and brutally slaughtered that would send waves of chills down anybody’s spine. And don’t forget the feces that get mixed up in the annihilation of these animals. So I’m there, hating all of it. 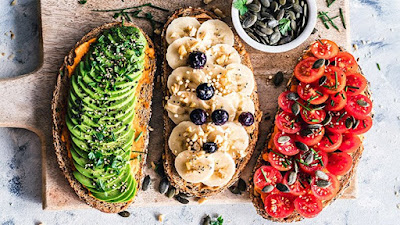 So welcome to a Plant-Based Diet. I guess I’m a vegan now although not exclusively. I’d say an “almost vegan.” I want to say it’s for moral reasons that I eat no meat or the by-products of animals that produce eggs and dairy. Rather, as a stroke survivor, it makes utterly no sense not to be lean. It would mean lugging around that extra weight and I don’t want to do that anymore. And plant-based means weight loss.

Flexitarians eat meat at most once a week and they may eat eggs and dairy.

Then there are vegans who choose this restrictive diet for moral reasons about animal welfare. But I would be dishonest in saying so. I am an “almost vegan” because the real reason is, I’m allergic to fur and woolen fabric, and leather next to my skin makes me overheated. And I am an “almost vegan” because make-up products tested on animals first doesn’t seem to bother me.

Vegans also avoid honey, but I don’t. Plantbasednews.org says, “Farmers are known to replace the honey they remove from a hive with a sugar substitute, which is substantially worse for the bees’ health. The cheap sugar replacer lacks the nutrients, fats, and vitamins that honey has. This unethical practice prompts honey bees to overwork themselves to replace the missing honey.

“Beekkepers will clip the queen bees’ wings to prevent them from leaving the hive and producing a new colony elsewhere – which would slash productivity and profit. Queen bees are also often artificially inseminated.” Horrible, yet don’t think about it enough at the moment.

Also, it’s super important to ask how restaurant food is made before ordering it. Many soups, stock, and sauces that don’t seem to contain meat are made with chicken or beef broth (or maybe you subscribe to the if-you-don’t-see-it, it-isn’t-there philosophy that is my roll at times when I’m super-tired to just ask), and fried foods may be made with lard, known as fat from a pig. Eew-wee-oooh! I never forget to ask.

These vegan/vegetarian diets can be very nutritious, but v/v need to be recognize nutrition deficiencies like the following:  dairy products are a primary source of calcium and vitamin D, so vegans and vegetarians should eat lots of dark leafy greens that are rich in calcium and take supplements to replace Vitamin D.

Also, dark leafy greens have Vitamin K, and lots of it, which if I eat them consistently, through trial and error, the blood tests will eventually be fine. Plus no cranberries ever, a small amount of blueberries, very limited dark chocolate, soy in extreme moderation, and so many more restrictions. Thus, the Asian doctor’s reaction.

Better yet, read the book to discover nutritional replacement alternatives, like B12 which is necessary to prevent anemia and found in animal products. 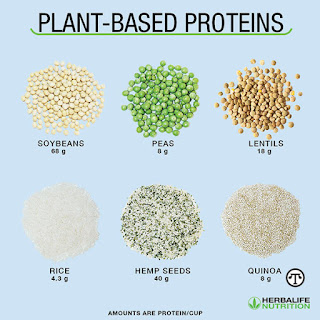 Vegetables, fruit, grains, nuts, and beans will fit for both diets depending on how they’re prepared. Good thing I like all of them.

People always ask me, with a doubtful look on their faces, “How about needed protein found in meat and dairy?” That’s an easy one. There are peas, lentils, brown rice, and quinoa, for example, that are packed with protein. Forget the soy and hemp seeds. Too much of them and they could be lethal.

Taking Coumadin, blood thinner royale, and getting enough Vitamin K are complicated, but I like challenges. This challenge, also getting the consistent amount of Vitamin K as an “almost vegan,” is a tough one, but it’s do-able. I feel a new sense of vigor and energy on this plant-based diet. Plant-based just makes sense, at least to me.

Joyce Hoffman is one of the world's top 10 stroke bloggers according to the Medical News Today. You can find the original post and other blogs Joyce wrote in Tales of a Stroke Survivor. (https://talesofastrokesurvivor.blog)
[email protected]
http://talesofastrokesurvivor.blog
Previous post Is an Aneurysm a Type of Stroke? Is a Stroke a Type of Aneurysm? WHICH IS IT!?! aka I Hate Disorders with No Symptoms!
Next post My Meditation Journal of Headspace.com: It Helps Stroke Survivors Like Me with Anxiety, Frustration, and Possibly Even Depression

2 thoughts on “An “Almost Vegan” Speaks Out: Me and the Plant-Based Diet”

Knock, knock! I Was At Death’s Door. And Then I Wasn’t, aka The Issue of Turning Off the Life Support Machine Too Early

COVID and the Rehab Facility: Talk About a Clusterfuck

Alcohol and Stroke, or Was My Grandfather Pickled and Other Stuff

A Stroke Survivor and an Uber Psychopath