Some of you have caregivers who are spouses, family, friends, and if they’re good spouses, family, friends, they’d offer the world to see you thrive. I’m not talking about them. I’m talking about hired caregivers who only work for you to make caregiving into a living, caregivers who only work to meet the mortgage or the rent or some other bills that need to get paid.
Let’s look at this logically. Caregiving is one of the few professions where you can–poof!–just become one, training be damned. For the decent ones, I’ve had, in the eleven years since my stroke, over thirty caregivers, virtually genuflecting to them all to not have them quit.

I fired five of them. They are the following:

I’ve had a caregiver who was on drugs (I saw labeled cocaine in a plastic baggie, lying among her possessions which she
brought to work and acted like a schizophrenic with her
disorganized thinking, delusions, and hallucinations);

and a caregiver who didn’t ask if she could bring her children,
and then she did (they were rambunctious twin 6-year-old
boys who whined about lunch for hours, which I bought for them just to stop moaning);
and the caregiver who would yell at me in sort of dark,
comedic fashion and laugh as if she was committing elder abuse (I didn’t think that’s funny);
and a caregiver who went on eating her strawberry salad
while we we were out shopping after I fell off the smooth,
glass-like chair (people around me got up to assist me while
the caregiver continued picking at her strawberry salad);
and finally, a caregiver who eagerly wanted to work, and
then, a week later, told me she had diarrhea constantly and
couldn’t work anymore. (Did the diarrhea just start a week
ago? I wonder.)

Then in January 2020, eleven years later, I achieved the impossible: a caregiver that was a registered nurse at a prominent hospital who retired from her job and was continuing to look for ways to help people. I hired her and was jubilant until one day a month ago, she said she was offered a full-time job to work with a woman who had Alzheimer’s, and twice the money I was paying her. I encouraged her to take the job because I couldn’t even come close to the family that was offering so much.

She helped me interview new caregivers and I chose two. One was state-certified, meaning she had training on the process of becoming a caregiver, the first for me ever. The other was a seminary student.

“You could always trust a seminary student,” the nurse said.

I just shrugged, thinking about all those priests who did the unthinkable.

But she, too, turned out fine and she demonstrated to be a good person. They’ve been working since the retired nurse wanted to take the other job.

So if you don’t like your caregiver, there’s more to be had, if they’re not your spouse, family, friends. Otherwise, you’re sort of stuck between a rock and, well, another rock. 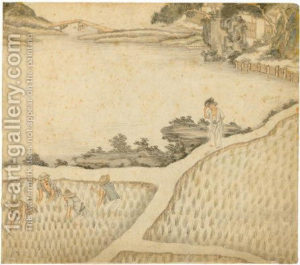 6 thoughts on “Be Honest, Caregiver: Serious Profession or Work-Shy Pastime?”