Skip to content
General
Spread the love
First off, I have to tell you a story about Botox. 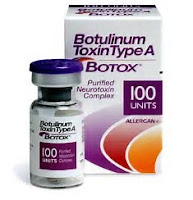 A year after I had my stroke in 2009, I went back to the acute care hospital–Bacharach Institute for Rehabilitation in Pomona, New Jersey–to see a doctor who specialized in spasticity of the limbs or, in my case, my leg. I wrote the book, “The Tales of a Stroke Patient,” in part about Bacharach and called Bacharach Rehab X (now that I don’t need them anymore, I’ll reveal the source), and the insensitivity at times of the health professionals there–doctors, nurses, CNAs. I shouldn’t have gone back. But the spasticity was driving me crazy.

If you think about it, you might not get the injection. The word Botox is a combination of botulism and toxin (OnabotulinumtoxinA the active ingredient contained in Botox). Botox comes from a bacteria that is a type of botulism, a type of food poisoning which, if you inadvertently use spoiled beef, can cause you to become very ill if ingested.

Anyway, I heard about Botox (the famous drug used to tackle wrinkles and lines for the insecure Hollywood folks) to also reduce spasticity and I made an appointment with Dr. X who specialized in Botox injections.

I went into the procedure room and the doctor followed. After we greeted each other, I asked him about the side effects.

I thought, C-mon. Botox wasn’t to make me look younger. I HAVE A LEG SPASM, FOR CHRIST-SAKE! THEY’RE FUCKING PAINFUL AND ANNOYING!

The doc said, without missing a beat, “You may die.” 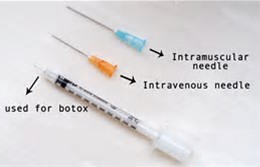 I paused and then shrieked, almost simultaneously, “Not today!” and quickly hopped off the table and ran (for a stroke survivor, “ran” is an exaggeration) out of the room, leaving the doc with his needle, the longest needle I’ve ever seen in my life, already about to inject the “death” serum into moi.

As it turns out, after much recent research, “death” isn’t listed on the drug’s bottle. Back pain, body aches, difficulty breathing, trouble swallowing, coughing, headache, and fever are among the possible side effects. And death? Never.

But it should be. The doctor was right. I could die from Botox if it wasn’t injected directly in the muscle and went to other parts of my body. Remember? A toxin? But he mocked and scared me, taking advantage of my nervousness.

Public Citizen’s (PC) Dr. Sidney Wolfe demanded that the FDA  order a “black-box warning,” to require that every patient receive a pamphlet outlining the risk prior to the Botox injection.

“What we’re saying is, nobody should be dying of Botox, and they wouldn’t be dying if the government and the companies were doing a better job warning people,” Wolfe said. (The good doc’s message came true. The warning is now on the bottle though PC discovered 16 deaths specifically related to Botox ten years ago. There are most likely more now).

So insecure people wanting to look younger and more vibrant aside, exactly how does Botox work with brain-injured people?

A spinal cord injury site said, “A small dose of Botox injected directly into the spastic muscle(s) blocks the acetylcholine so that the muscle can loosen and relax, resulting in increased flexibility and mobility and reduced pain.”

Relief comes to many within three to seven days following an injection, typically lasting three to six months, so injections that are repeated is normally needed. And check to see if the Botox (I mean, ask the doctor to show you) is manufactured by Allergan and not some counterfeit drug company.

Botox is not a cure, and your symptoms will slowly return as the effects of the medication subside.

A recent study at Indiana University found the benefits of Botox in reducing spasticity in the arms and fingers were roughly twice as effective as those who didn’t get Botox at all.

Published in The New England Journal of Medicine, half of stroke patients, 126 in number, received injections of 240 units of Botox and half received placebos. The conclusive evidence said the 62% of those who were given Botox injections found relief in their spasticity, while only 27% of the patients taking the placebo reported improvement. Then again, there’s mind over matter often taking effect.

The reason that I am thinking about Botox at all is that on this day, 8 years ago, I had my stroke. And I still have spasms, less often, but when I get them, they are mind-altering.

I’ll call for an appointment on Monday, or the week after that, or perhaps never. That sounds about right–never.

Joyce Hoffman is one of the world's top 10 stroke bloggers according to the Medical News Today. You can find the original post and other blogs Joyce wrote in Tales of a Stroke Survivor. (https://talesofastrokesurvivor.blog)
[email protected]
http://talesofastrokesurvivor.blog
Previous post Cigarettes, Second-hand Smoke, and Even E-cigarettes (aka Vaporing) Can Give You a Stroke, aka You’re Playing With Fire
Next post This Is a Life Lesson: Cankerish Braces Just a Parable

3 thoughts on “Botox and Stroke Survivors: Does It Really Work?”