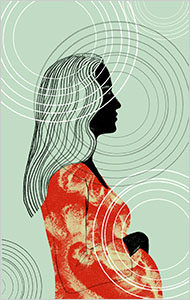 I had this idea because I’m desperate to get better faster. I’m in the same holding pattern for almost a year. Sad to say, I’ve plateaued. But could I get better? No one will give me a definitive answer because no one has a crystal ball–my own current physical therapist least of all! Hypnosis, I thought, to make the muscles go beyond where they currently are, in order to make me walk again without the assistance of my 4-legged cane!
I’m not going off topic, but this is something that needs to be said from the top. I’m from Philadelphia, home of the cheesesteak and soft pretzels. Other places I visited are known for other things, like New York is known for its pizza. Florida is known for its big bugs and DisneyWorld. Maine is known for its lobsters. But Southeast Portland, where I am now, is filled with all kinds of storefronts and buildings I just didn’t see in other places, like a lot of, an inordinate amount of, Natural Remedies and Acupuncture run by naturopaths and Hypnosis run mostly by psychologists (or those purporting). Portland is the land of possibilities. Not guarantees, mind you, but a whole bunch of probable maybes.
I made an appointment with someone whose card reads: Whole Individual Counseling: Counseling the Array of Self Growth. Hoo, boy! (Another Philadelphia expression, at least I always say it). Anything goes in Portland.
I’m going to paraphrase what he told me, scribbled down right after I left, and the words in brackets are what I thought to myself. Here’s the paraphrased conversation from the counselor:
This is one thing that might [operative word here] help: I can give you a recording that you may listen to on a daily basis, and you can imagine your legs and arms moving with your eyes closed. [No talk of hypnosis yet]. Unlike the movies where a hypnotist gets somebody to do unlikely things, the thing that might work for you is listen to the recording several times a day. [No talk  of hypnosis still]. With your eyes closed, imagine moving your thumb. [I didn’t, of course. My arm has been dead for 10 years]. He asked how long I went to physical therapy as the session was ending, and I said, Off and on for 10 years. [So the typical physical therapy was the fallback. And then the session was a minute from ending]. You might try a clinical psychologist. [I asked, but he didn’t recommend one].
So I tried three “clinical psychologists” who advertised their sessions as such, and they all said, more or less, the same thing: Hypnosis can only control what you’re able to do physically. [To say it another way, I can’t do most shit]. Hypnosis can help with anger management, insomnia, phobias, and fears but not walking cane-less.
So with that hypnosis idea ended, I imagined ways to stay happy yet challenged. Aside from writing which, in itself, is challenging to the hilt, I love being alive and, come to think of it, life is a challenge, too.

Joyce Hoffman is one of the world's top 10 stroke bloggers according to the Medical News Today. You can find the original post and other blogs Joyce wrote in Tales of a Stroke Survivor. (https://talesofastrokesurvivor.blog)
[email protected]
http://talesofastrokesurvivor.blog
Previous post A Brain-Injured Guy, Who’s Also a Veteran Named Clem, Needs a Volunteer to Transcribe
Next post A Christian Inspires a Jew to Believe in God Once Again

One thought on “Can Hypnosis Improve Me as a Stroke Survivor to the Point Where I Could Abandon My Cane? Read What the Hypnotists Told ME!”

It Is What It Is: Stroke Pain Gets Some Relief From CBD! aka You Don’t Have to Smoke Weed to Achieve Comfort in Most Cases