According to researchers at the University of Michigan, “Stroke by itself does not cause constipation. But constipation often occurs after a stroke because you 1) are not drinking enough liquids, 2) are in bed most of the time, or 3) are taking certain medicines as part of your treatment. If your constipation is severe, stool can become lodged (impacted) in the bowel.”

That was me, all right. All of it.

But the article didn’t say how much liquid they drank, how much bed rest, or what kind of medicines they took. In my opinion, University of Michigan hit the mark: ie, too little liquids, too much bed rest, and/or medications.

My solution to constipation was when a doctor recommended a stool softener. I was afraid at first because I thought it would give too strong an urge to make it to the bathroom.

After 5 years of constipation, the stool softener improved my quality of life because I “go” once a day or so without any urgency. And I eat everything that’s supposed to be in a healthy diet with no restrictions (except keep a consistent diet of Vitamin K because I’m on Coumadin). See a doctor first because something else may be afoot, but if the doctor says to try stool softeners for constipation, permit the bowel to go forth. I buy the cheap kind from Walmart.

I’ll end with this cartoon that says it all, to both pee (https://stroketales.blogspot.com/2019/03/incontinence-for-stroke-and-other-tbis.html) and poop: 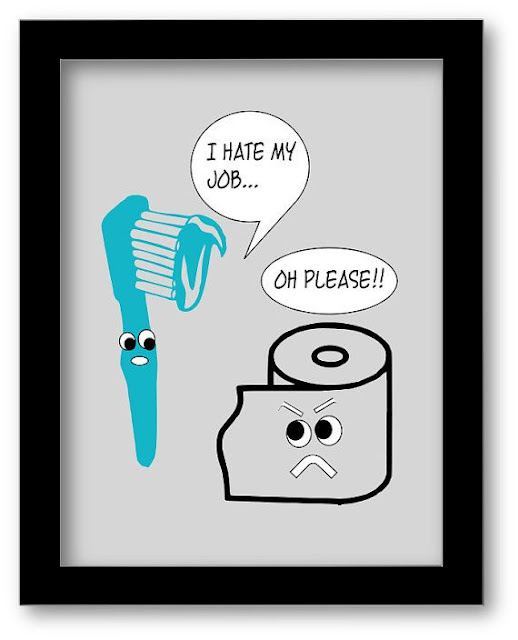 Joyce Hoffman is one of the world's top 10 stroke bloggers according to the Medical News Today. You can find the original post and other blogs Joyce wrote in Tales of a Stroke Survivor. (https://talesofastrokesurvivor.blog)
hcwri[email protected]
http://talesofastrokesurvivor.blog
Previous post Incontinence for Stroke and Other TBIs: Well, SOMEBODY Had to Write About It and It Might As Well Be Me
Next post Stroke Survivors: How Allergies and Stroke Are Related

3 thoughts on “Constipation for Stroke and Other TBIs: Well, SOMEBODY Had to Write About It and It Might As Well Be Me”