Skip to content
Education
Spread the love
Debunk. Do you know the word? Here it is in the
Merriam-Webster Dictionary: 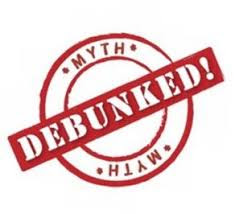 Definition of debunk:
to expose the sham or falseness of

This post is for people who think that stroke is a “you’ll get over it” situation. And it’s also for stroke survivors who didn’t realize that what they went through was and  is really huge. So that’s what I’m doing right now: Debunking the myths around stroke. I’m tired of the lack of complete  stroke awareness, of stroke being on the back burner. Stroke should be first and foremost, baby, and here’s why.

Fallacy #1: Stroke recovery only happens in the first 3 months after a stroke.

Truth: While some of the healing takes place in the first few months, recovery can happen anytime if somebody is willing to put the time into physical therapy and other healing options including acupuncture and cannabis. I remember an Occupational Therapist saying to me in Bacharach Institute for Rehabilitation, Pomona, NJ, in the first three months after the stroke, “The window is closing. After the three months, the chance of recovery is slim.” I was petrified, thinking the “window is closing.” And here I am now, 10 years and 8 traumatic falls later, with better skills than ever. I wish I remembered his name and call him out right here in my blog. That’s “old school” thinking, man.

Truth: As a matter of fact, many stroke patients don’t feel any pain. The more common signs include loss of balance, dizziness, trouble with speaking, numbness in extremities, and trouble understanding those around you.

Fallacy #3: Strokes don’t affect people under the age of 65.

Truth: Strokes even happens to babies in utero. One in ten strokes occur in people age 45 and younger, and those numbers are rising, especially among millennials.
Fallacy #4: Stroke happens in the heart.

Truth: Strokes occur when blood supply to a portion of the brain is diminished or cut off.
Fallacy #5: Strokes don’t run in families.

Truth: The threat of having a stroke increases for those with a family history of stroke.
Fallacy #6: Strokes are uncommon.

Truth: You wish that were so, but there are 7 million stroke survivors in the United States and stroke is the fifth leading cause of death in the US alone, and it’s a top reason for disability around the world.
Fallacy #7: Small strokes don’t need medical attention.

Truth: Every stroke needs medical attention right away. Prompt treatment could be the difference between life and death and between making a full recovery vs having long-term effects.

Truth: Although many survivors live with the effects of stroke for the rest of their lives, many make a strong comeback and live a good life. Look at me, for example. I used to be a runner, played the piano, and knit scarves for the family. Even though I can’t do those things anymore, I read more and, of course, write.

Fallacy #9: Aspirin is an effective home remedy for stroke.

Truth: Aspirin is not always a safe remedy for a stroke. Aspirin could actually be harmful if you are having a stroke caused by bleeding (hemorrhagic stroke) in the brain. Aspirin could intensify the bleeding.

Fallacy #10: Strokes always come about without any such warning.

Truth: Some strokes simply happen without warning. But many strokes happen with what many describe as “the worst headache of my life.” In my case, I got a bad headache, too, but I didn’t go to the hospital. I just chalked it up to stress from work or bad sinuses. Other signs are numbness or pain in the extremities, confusion, or dizziness.

So there you have it. Debunked! Aah. I feel better now.

By the way, this idea was given to me by the gifted and humble Daniel, the President (I call him that because he started it) of http://www.strokefocus.net. Join please! You will get much material and comfort on strokes, knowing that you’re not alone, and TBIs (Traumatic Brain Injuries) are welcome, too!

Joyce Hoffman is one of the world's top 10 stroke bloggers according to the Medical News Today. You can find the original post and other blogs Joyce wrote in Tales of a Stroke Survivor. (https://talesofastrokesurvivor.blog)
[email protected]
http://talesofastrokesurvivor.blog
Previous post How Did “Stroke” Become Its Name?
Next post 10 Things You Should NOT Say to Somebody Who Is Depressed for Whatever Reason and What You Should Answer All the Time