I wrote a Facebook post on mammograms that started off humorously, I think and still do, with this picture (http://stroketales.blogspot.com/2012_09_04_archive.html), that said, “Men basically have two things to worry about: erectile dysfunction (yes, ED has an awareness platform, too) and the prospect of prostrate cancer. Big deal. But most men don’t know what it takes to be a woman because they’ve never walked our mile.” I then went on to elaborate that “our mile” consists of elusive tampons, bipolar-ish pregnancy hormones, and itchy, non-tested make-up. I thought it was funny, sarcastic humor at its best, at least the best I can do.

I have pissed off two countries. But seriously, the reality is, both sexes have problems, and often the same, like money issues or additional health problems. That post set off a firestorm of direct hits on Facebook and emails that I got to thinking, it must be a cultural thing.

The overwhelming majority of responses came either from Great Britain or Australia which have a shared language, accent (at least, to the undiscerning, American ear), and legal system based on common law. They also share a monarch–Queen Elizabeth II. It all made sense, now that I thought about it. Here’s a thought: If all the English and Australian people were suddenly beamed up, Star Trek style, to America (which isn’t possible because America, as far as I know, has no teleportation), the overwhelming majority of them would join the Republican party, or go the Tea Party route. (Again, another piece of American humor. Ha ha?) 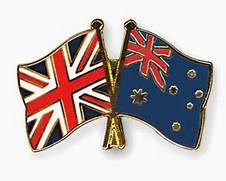 Anyway, there’s no doubt about it that there are cultural differences between Americans and Brits/Aussies, like mentioning tampons in the post was a no-no, or diaphragms? Good lord! The fact is, tampons and diaphragms are the real deal, but hasn’t reality set in yet with most Brits and Aussies?

Those responses to my post got me thinking further. Probably overall, there may be  some questions for more on how we do things here in America, like how we have stupid, reality television shows about the broads (I give them that “title” purposely) in major cities (like The Real Housewives of ‘you-fill-in-the-blank-and-who-gives-a-shit-anyway), like why we blame Obama for the government’s healthcare website when bugs come with every website launch, why we drink supposedly healthy, bottled water in the billions annually, yet we don’t give a damn about what processed, fast foods we consume. And more. Lots more.

So to Brits and Aussies, though I stand by my post, I apologize if it offended you. To all those in the same, aforementioned group who “liked” it (a Facebook term) and got a chuckle out of it, congratulations on your being thick-skinned, enlightened, and reality-based.

Whoops. I did it again.

Joyce Hoffman is one of the world's top 10 stroke bloggers according to the Medical News Today. You can find the original post and other blogs Joyce wrote in Tales of a Stroke Survivor. (https://talesofastrokesurvivor.blog)
[email protected]
http://talesofastrokesurvivor.blog
Previous post Distractions, Disablements, Displeasers, aka Whew! There Are Others!
Next post Empathy and Sympathy: There’s a Difference