Skip to content
General
Spread the love
I didn’t know what was happening, but I knew I wasn’t all right. I was laughing when somebody was in distress and crying when there was no need. 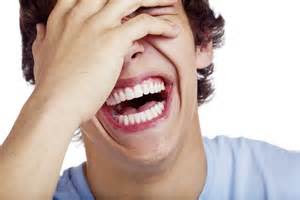 An example, one of many: We were sitting in a group–there were eight of us–where a guy was describing how he lost his job with a family to support. It was 10 months after the stroke and I laughed, seemingly mocking the guy’s situation. I couldn’t stop, not at all, and after 3 minutes, with the quad cane in hand, left the room. 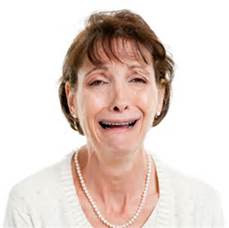 Another time, this one an example of crying, around the same time period, I was out with a friend for lunch, telling me hilarious stories about her teenage children, when I started to cry, bawling actually.

So I did some one-handed research. The term, according to Dr. James L. Levenson, chair of the Division of Consultation-Liaison Psychiatry at Virginia Commonwealth University School of Medicine in Richmond, is Emotional Incontinence.

Emotional incontinence is annoying if not downright frightening, and is sometimes called emotional diarrhea, pathological laughing or crying (PLC), pseudobulbar affect (PBA and coined by Charles Darwin), or, more recently, involuntary emotional expression disorder (IEED). It is a syndrome of uncontrollable episodes of emotional outbursts that happen after a stroke and in a variety of other neurologic conditions that are related to brain-injury, like pseudobulbar palsy and amyotrophic lateral sclerosis (Lou Gehrig’s disease).

PLC can have a huge impact on the individual’s social functioning and often cause grave embarrassment and the prevention of social interactions, possibly leading to agoraphobia, an anxiety disorder in which the person fears and often avoids places or situations that might cause panic and feelings of being trapped or helpless. 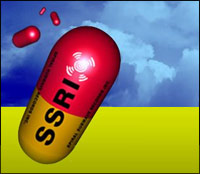 Dr. Levenson says treatment options include tricyclic antidepressants (TCAs), selective serotonin reuptake inhibitors (SSRIs), dopamine agonists, and a combination of dextromethorphan and quinidine, but if you don’t want to go the drug route, the good news is PLC most likely decreases over time. If you can’t wait, take the drug route by seeing a professional, like a psychiatrist, for prescribing them.

I don’t laugh or cry inappropriately anymore, but I still have anxiety, afraid the sky is going to fall (no, not like Chicken Little–it’s just an expression).

There’s no doubt about it. Having a stroke is a bitch.

Joyce Hoffman is one of the world's top 10 stroke bloggers according to the Medical News Today. You can find the original post and other blogs Joyce wrote in Tales of a Stroke Survivor. (https://talesofastrokesurvivor.blog)
[email protected]
http://talesofastrokesurvivor.blog
Previous post A Place for EVERYTHING Stroke and Other TBIs–strokefocus.net
Next post Olfactory Hallucinations and Stroke Survivors, aka Wowee! I Still Smell the Awful Turtle Bowl!