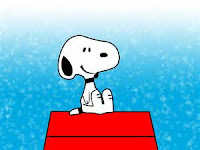 Charles M. Schulz is gone now (he died in 2000), but his memory lives on in the characters he created in Peanuts, those lovable little ones who express honesty to a fault, sarcasm to the weak-minded, and the thoughts by illustration of that endearing dog, Snoopy.

In one scene, Linus is obsessed that there is a Great Pumpkin who will appear on Halloween night and has Sally accompany him to the pumpkin patch. Linus passes out as  the shadow of Snoopy appears instead, rising slowly from the pumpkin patch. When Linus “comes to,” Sally, out of frustration, goes into a maniacal rant about missing Halloween and all the candy. That’s when she says, twice, “You blockhead!” (https://www.youtube.com/watch?v=7ushQ_mMSqw)

I called people blockheads, too, before my stroke 6 years ago. Blockhead was sometimes followed by “Aaaargh!” But that’s all. Now, that I don’t have any filters after my stroke (http://stroketales.blogspot.com/2014/06/impulses-and-brain-aka-fuck-where-did.html), my words are a lot worse, like prick, shithead, and asshole. If what they did was really bad, I would say, “Fuck you” (but that only happened three times and in the first year after. I ended up feeling sorry for them).

I was frustrated, and still am. I realize that it’s not going away any time soon–or ever.

From what I figured out in my post-stroke time with myself, frustration comes about whenever my goals aren’t met. I have also decided that there are 2 types of frustration, which I call outie and innie. (Just like the belly button. I stole that from my mother).

Innie frustration is about the disappointment that gets in the way when you can’t achieve something you want, the kind of frustration that we can do something about.

After 6 years, though I’m not done, I figured out 5 suggestions for avoiding my innie frustration, and I’ll pass them on to you: 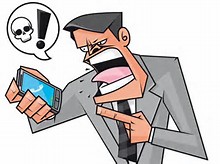 Problem: If I would phone any government agency and the person on the other end didn’t understand me, or wasn’t listening and had me repeat things, I’ll start to get breathless and my throat becomes hoarse from saying it again–and again. And the more aggravated I get, I soon go into hyperventilation.

Solution: I have friends, you have friends. Have them make the call with the phone on speaker so you can interject (unless you have a rotary phone and I’m simply not going there). 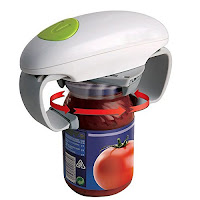 Problem: You have to open a can or jar, you’re alone, and you can’t.

Problem: You want to eat something, but there’s no one home to make your meal.

Solution: Glad makes those Zip Lock bags now. Don’t buy the slider bags. They’re impossible to get open. Have someone cut up individual portions–sandwiched or whole meals–and place them one at a time inside the Zip Lock bags, placed in the refrigerator or freezer. You can take one out anytime independently and put it in a microwavable-safe container. Voila! A meal in minutes!

Problem: Take a look at your bathroom sink right now. Does it look similar to this? Do you have your toothbrush and toothpaste, cups to rinse your mouth after, your personal grooming tools, any lotions, towels, where they are unreachable? Mine resembled the pic on your right.

Solution: Organization is key. I re-organized the sink area with small containers, putting all my brushes, make-up and mirror (for guys, other grooming tools), lotions, and towels  separated within easy reach.

Problem: You are ready to go to bed and forgot your book in the living room. (If you wear an AFO, you really don’t want to back there and get it). Instead, you turn on the TV or the Smartphone or the computer, which is a bad choice. A few years ago, the Chicago Times reported that neuroscientists have found light-sensitive cells in the eye that detect light, which contain a photopigment called melanopsin that is particularly sensitive to blue light.

“Blue light alerts the brain and suppresses the melatonin, and shifts your body clock at the same time,” said Harvard Medical School sleep researcher Steven Lockley. “Your brain is more alert now and thinks it’s daytime because we have evolved to only see bright light during the day.”

Solution: Reading before bed–good choice. If you don’t have a night stand, you can pick up a standing lamp for cheap at places like Goodwill or thrift stores in your area.

And there you have it. Easy-peasy. Quick remedies. So come on. Get going. You don’t want to be called a blockhead, do you?

Joyce Hoffman is one of the world's top 10 stroke bloggers according to the Medical News Today. You can find the original post and other blogs Joyce wrote in Tales of a Stroke Survivor. (https://talesofastrokesurvivor.blog)
[email protected]
http://talesofastrokesurvivor.blog
Previous post If You Have Aides, 3 Things You Have to Remember About Acting Like Your Own Boss, aka YOU’RE in Charge!
Next post Holistic vs Homeopathic vs Medical: Who Is More Accurate?

5 thoughts on “Frustration and Stroke Survivors: 5 Ways to Avoid It”