Skip to content
General
Spread the love
The most famous definition of “crazy” comes down to doing the same things over and over again and expecting a different result. I think I am borderline crazy.

When I first go in the hospital, I think that I have a few days off, a vacation of sorts, but then I realize, no more than a half an hour in, that I want to be some place else other than the hospital. It’s not the hospital’s fault. I own this one.

Here is what happens every time: the nurses, due to liability issues (their liabilities, not mine), take vitals–that is, listen to my chest, take blood pressure with the cuff, and record my temperature–every 4 to 6 hours, especially when I first come out of surgery. Then comes the phlebotamist (some people say “vampire”) to take the blood samples. The phlebotamists start at 4:30 am.

Then I attempt to go back to sleep, but the nurse comes in again to check your vitals before she goes off shift at 7am. Then bathroom, dressing, brushing teeth, breakfast, therapy, lunch, more therapy, dinner which is served around 5pm, and I’m in bed by 7 pm. And I am exhausted. 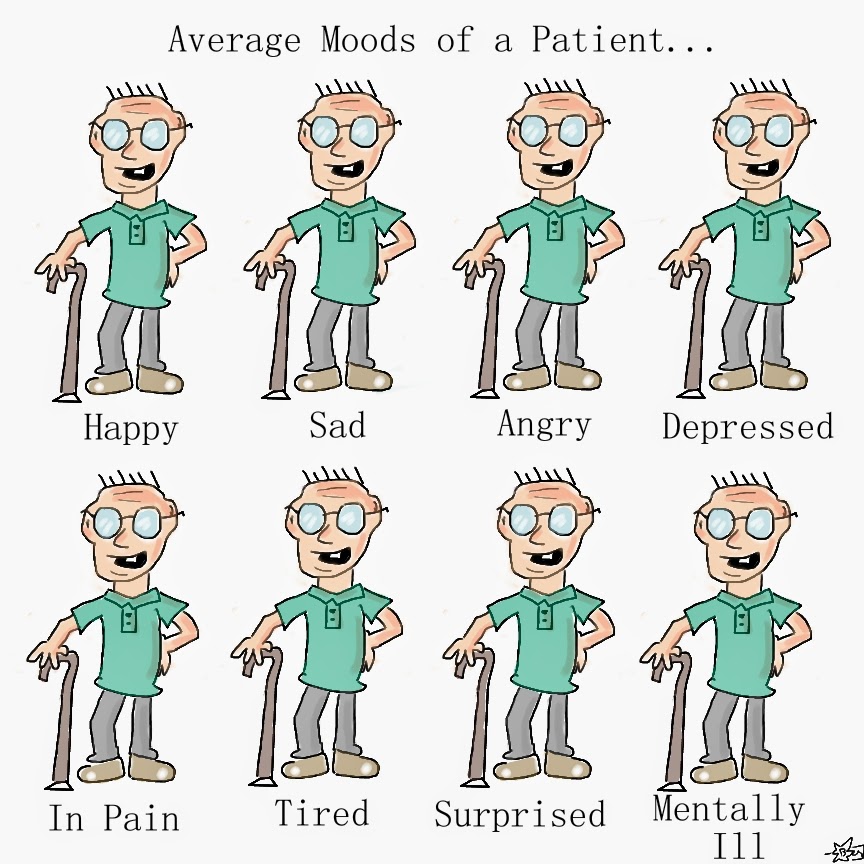 Also, as a patient, I always look the same, no matter what mood I’m in, as shown in the photo on the left. If I’m sad, I put on a happy face. If I’m angry at the nurse, I won’t show it, especially because maybe she’ll leave out the pain meds and then say “whoops” when I call her on it. And nobody likes to be around a depressed person or one who is in pain or tired. So I hide those emotions more often than not. I don’t like surprises so I don’t acknowledge them. We already went over the mentally ill part.

So I was surprised, a day before I left the same old, same old hospital, that a break in the routine occurred. I had the lights out at 7 and was watching some television show about country singers when a gangly, middle-aged man opened the hallway door and wandered into my cluttered room. My gut said to me, “Danger, Will Robinson.” My gut was the only body part who was talking to me. I didn’t hear a peep out of my brain. 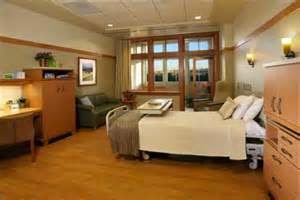 “Where’s the bathroom?” the man said as he rifled through some clothes in my closet. The only thing I thought of is, I’d have to wash the clothes at some point–all of them.

Then I spoke. “The bathroom is on the opposite wall,” but he went straight ahead to the hospital bureau and opened a few drawers, touching personal items. I’d definitely wash that stuff, too.

The bed and bathroom were all that remained. Fortunately, he went into the bathroom, and I called the nursing station.

“A man just went into my bathroom. I don’t think this is allowed because….” I didn’t finish the sentence because the nurse already hung up.

Four nurses arrived in the blink of an eye and got the man out of there. I don’t know if he was “finished” or not. Apparently, they didn’t care.

The man turned around toward my bed. “Thank you, lady,” he said.

“Did he hurt you?” one nurse remaining said. Once again, the nurse was worrying about her liability. I can’t blame her. Jobs are hard to find in this economy. The nurse continued. “He just had a stroke and he didn’t know what room was his.”

“No, he didn’t hurt me,” I said, sorry that I called the nurses at all, considering that he was now a member of the infamous club.

Joyce Hoffman is one of the world's top 10 stroke bloggers according to the Medical News Today. You can find the original post and other blogs Joyce wrote in Tales of a Stroke Survivor. (https://talesofastrokesurvivor.blog)
[email protected]
http://talesofastrokesurvivor.blog
Previous post Wake Up, Stroke Survivors, Before It’s Too Late to Do Anything!
Next post A Nursing Home Mini-Series: Life with Old People

One thought on “Ho Hum: Life in the Hospital Is Mostly the Same, Except Sometimes….”