Skip to content
General
Spread the love
“You can’t be too skinny or too rich,” said my old college buddy back in the 60s. But now you know the truth. Skinniness sometimes is related to anorexia or bulimia. And you’ve heard stories about the deaths of lottery winners who blew their money on drugs or died from being poisoned. My friend got it wrong. She should have said, “You can’t be too brainy.” 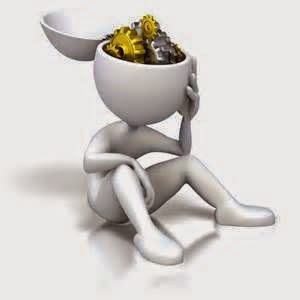 The brain controls everything, like our emotional outbursts to pain, our nervous eating, our ability to pee regularly, our resistance to confront people, our neurotic tastes. But what was thought prior to the 1970s–that the brain was fixed and couldn’t be changed after early childhood–was wrong. The brain can process new experiences, like having a stroke, by creating neural pathways to accommodate them. Welcome to neuroplasticity, the game changer.

There are four key truths about neuroplasticity:

Neuroplasticity is ongoing throughout life and involves brain cells and neurons.

Neuroplasticity can happen for two distinct reasons–as a result of learning, experience, and memory or as a result of brain damage.

Neuroplasticity can vary by age, and while plasticity occurs throughout life, certain types of changes are more predominant.

Neuroplasticity and environment, both together, play an essential role in the process.

In the first few years of life, the brain is growing rapidly. The average adult brain grows slower because as we process new experiences, some connections are strengthened while others are merely replaced by the process known as synaptic pruning. By developing new connections and pruning less important ones, or synapses we don’t need at all, the brain is able to change either size or shape, and maybe both.

The human brain is made up of around 100 billion neurons. Early research was comfortable in the fact that neurogenesis, or the creation of brand-new neurons, was over after birth. Before the 1970s, most researchers believed that the brain and nerves could not regenerate themselves to replace damaged ones. Most stroke patients and individuals with brain trauma were convinced that brain damage from accidents or disease was there to stay. Areas of the brain that were dedicated to control the movement of arms and legs, for example, were expected to stay just that way from trauma following brain injury. The brain was not capable of relearning lost functions, most researchers said, because the brain was deplete of plasticity.

In the 1970s, in experiments with rats, researchers found a region of the 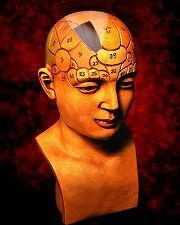 human patients who had brain injuries, and they were enacting experiments in animal models to determine whether the brain could be re-mapped following injury. Neurologists along with researchers knew what part of the brain controlled the activity of various body parts. A major part of this effort was determining what types of physical therapies were suitable in retraining those parts. Neuroplasticity was indeed coming to the forefront and was seen in animal experiments where a number of physiological changes were observed–changes in the size and shape of brain regions, increases in the molecules that assist and  transmit signals through the brain, and the generation of new neurons.

Michael Merzenich is a neuroscientist who is known for being a frontrunner in the field of neuroplasticity. For over thirty years, he has made some remarkable finds. For example, in a post-doctoral experiment in the 70s, he cut the peripheral nerve of monkeys’ brains and sewed the ends together again. The result was that those brains was nearly normal, prompting Merzenich to conclude, “If the brain map could normalize its structure in response to abnormal input, the prevailing view that we are born with a hardwired system had to be wrong. The brain had to be plastic.”

Today, it is documented that the brain possesses the capacity to redo neural pathways, regenerate new connections and, in some instances, create new neurons. NICHD-funded researchers have concluded that the brain is receptive to neuroplasticity. The magnetic resonance imaging (MRI) can also tell where the  neuroplastic events occur. In a recent stroke patients’ study, the MRI detected where neurons sprung new connections that extend into the area surrounding the affected site.

So the question is, if disabled or not, what can YOU do about enacting neuroplasticity on your own brain, i.e. be more brainy?

1. Plenty of studies have linked meditation and yoga to changes in the density of gray matter or cortical thickness. In 2000, Sara Lazar from Harvard , and Richard Davidson, a neuroscientist at the University of Wisconsin, teamed up with the Dalai Lama on what results would be incurred on the brain. The results suggested changes in different levels of activity associated with such qualities as anxiety, depression, attention, fear, anger, and the capability of the body to heal itself. (Yes, there are modified meditation exercises for the disabled. Call around).

2. In another study, mice who were coerced to run on treadmills showed signs of molecular changes in many portions of their brains when viewed under a microscope, while mice who had the comfortable wheel-runner had changes in only one area. Chauying J. Jen, a professor of physiology and an author of the study, said, “Our results support the notion that different forms of exercise induce neuroplasticity changes in different brain regions.” (So when it comes to humans at the gym, sometimes pain IS gain).

3. Hyperbaric oxygen therapy, or HBOT, is an simple treatment with catastrophic results. Patients inhale oxygen while inside a mildly pressurized chamber. The oxygen dissolves  into the blood, plasma,  and tissues. HBOT enables oxygen to go into areas with restricted blood-flow caused by injury or disease, thus stimulating the body’s natural healing process. Oxygen is a basic part of our physiology. Among other things, we require oxygen to heal from injuries and illness. During a normal day, the average adult inhales approximately six pounds of oxygen, of which about 2 pounds are automatically dissolved into the blood. While inside the chamber, patients inhale oxygen in its purest form at ten times the normal rate. (Some people said it’s phenomemenal, even for stroke survivors. Start with the Washington Hyperbaric Therapy Center, (425) 644-7999, to learn more).

4. Lumosity.com says it targets core cognitive processes that underlie performance in many different areas, and these processes include attention, flexibilty, memory, and focus. You can subscribe to Lumosity and play 5 games at a time to build up your endurance or, if money’s an issue, you can play some games for free. It has a Brain Profile Index where you can compare scores over a period of time. (Lumosity, which was a gift from my son, is a staple for me now).

But sometimes, nothing helps but patience and hope. I’ve got both of them… literally.

Joyce Hoffman is one of the world's top 10 stroke bloggers according to the Medical News Today. You can find the original post and other blogs Joyce wrote in Tales of a Stroke Survivor. (https://talesofastrokesurvivor.blog)
[email protected]
http://talesofastrokesurvivor.blog
Previous post ALERT: Why You Didn’t Read My Last Post About The Handicapped: You’re Scared to Tempt Fate
Next post Sleep and Stroke: WTF? You’re Asleep Already?

3 thoughts on “How to Change Your Own Mind, Literally”