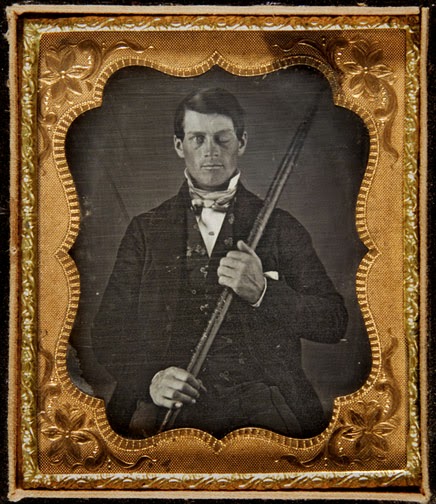 In 1848, in a report written by Dr. John Harlow, M.D., the doctor related the unfortunate, rock-blasting accident by a railway worker, Phineas Gage, who had a long metal rod blasted through his left cheek, through his eye, and out of the top of his head. Consequently, the accident caused damage to his frontal lobe.

Gage survived the accident and had his memory, speech, and motor skills intact, but he had well-documented changes to his personality. (The photograph is of brain-injury survivor Gage, 1823–1860, shown holding the tamping iron which injured him).

Before his misfortune, Gage was described as organized, respectful to others, and well-tempered. According to Dr. Harlow, following the accident, he was “fitful, irreverent, indulging at times in the grossest profanity, and manifesting but little deference for his fellows.” In other words, he was disorganized, had hissy fits, cursed, and disrespected others. The cause? He had damage to the frontal lobe of his brain. 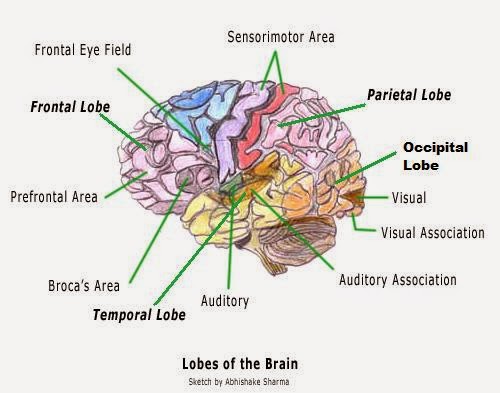 The frontal lobe is so vulnerable to injury because of its location. Damage–any kind at all–to this lobe can lead to one or more of these problems:

Finally, after all this time, after more than 5 years, I discovered, through the story of Phineas Gage, why I had no filters after the stroke. But a little background first.

Of all the parts of the brain, the cerebrum or cortex is the largest part, which is further sub-divided into four lobes: the frontal lobe, parietal lobe, occipital lobe, and temporal lobe. (There are other “areas and sections,” too, but the lobes are the subject of my focus).

My brain damage was in the first and the second—frontal and parietal, the former controlling behavior and emotions when it came to my filters, or lack of them.

I remember it well. After my stroke, as soon as I was mobile, I went out to lunch with my son. It was an Indian place that had a huge buffet. We ate our meal and as soon as the check arrived, we paid at the counter. All of the sudden, a hefty man, who couldn’t wait for the food, cut to my right, almost knocking me over.
Ibegan to chant. “Rude.” Then louder. “RUDE.” Then louder. “RUDE!” Then the ultimate. “FUCKING RUDE!” That chanting at the peak went on for about a minute. My son tried to usher me out, but I was transfixed on that spot, with people in the restaurant staring at their plates. The man continued grabbing food from the buffet. That, my friends, is when I knew: my personality, formerly consisting of peace, decorum, and patience, changed–completely. My filters were loose and couldn’t be roped it. 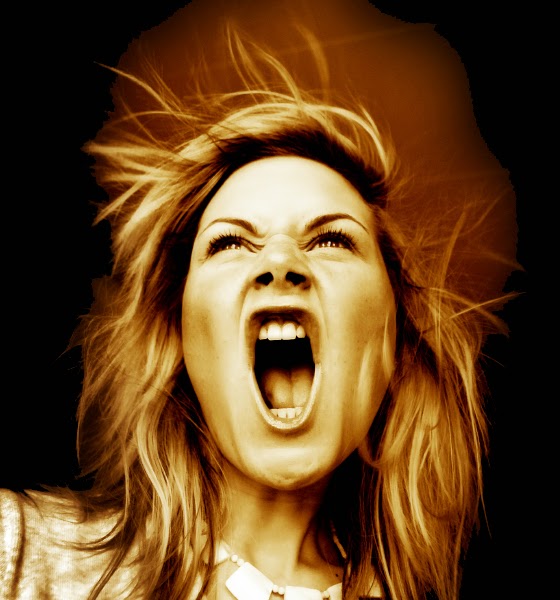 Granted, I was aphasic more that first year, more than I am now, but I was off and gone that first year, screaming at receptionists if they didn’t understand me, yelling at doctors (yes, doctors) if their opinion was contrary to mine, berating waitresses by repeating my order loudly if they were not in tune with me. I was a mess. I couldn’t recognize me, as if there were two of me, one shrieking and the other assessing, all because of the frontal lobe not controlling my impulses.


I am better now, though still not perfect. The word “fuck,” “shit,” and/or “crap” are always present if I lose my filters for the moment, like “Fuck this” or “Don’t be a shit” or “This is crap.” Sometimes, I’ll combine them as in “Fuck! This shit is crap.”

Sometimes, saying “fuck, shit and/or crap” feels so cathartic. But not all the time, as I did that first year.

I’m going to have surgery July 14 to correct my dropped foot. I’ll write a post about the surgery soon. So if I ever do anything athletic again, I’d wear a helmet. I wouldn’t want to damage the frontal lobe again. Fuck no!

Joyce Hoffman is one of the world's top 10 stroke bloggers according to the Medical News Today. You can find the original post and other blogs Joyce wrote in Tales of a Stroke Survivor. (https://talesofastrokesurvivor.blog)
[email protected]
http://talesofastrokesurvivor.blog
Previous post TIME TO SIGN FOR MORE STROKE RESEARCH
Next post My Upcoming Surgery for Foot Drop, aka My 50/50 Gamble

8 thoughts on “Impulses and the Brain, aka Fuck! Where Did My Filters Go?”