I admit it. This refrain was borrowed and comes from Tim McGraw’s country song, Better Than I Used To Be, the song that asserts he could finally stand the man in the mirror that he sees. I love that song and realize that now, almost 11 years post stroke, that song could have been written about mostly me. I turned the negatives that were mentioned in the song around to positive ones. 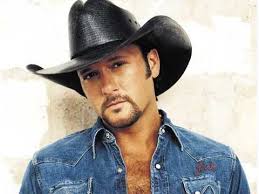 I used to hold grudges–like, forever. But no more. For example, there was my his-way-or-the-highway sibling and his super-controlling wife. I realized, or pretended to imagine, that they liked to have power, but I wasn’t going to be a party to that. Or my colleagues that didn’t listen to my demands for speaking without confrontation. Or my neighbors who didn’t throw the mouse in the rubbish when it came to land in our shared driveway with my two kids playing. Having no grudges means I’m free of all that negativity and that the cliche Life Is Too Short really means something. You must let…it…go!

Yes, I broke some hearts because, and as my sons say, I liked men with edge because of my sheltered past, not nice guys who would gamble and fight rather than the nice ones who would have been perfect husbands and fathers. I was married to an edgy guy for 18 years who threw food on the floor if he didn’t like it, broke furniture in a fit of rage, once inches away from my infant son, and threatened me countless times. The other person was simply a mistake that lasted 16 years when I should have known better. There were signs, yes. But they’re both now dead to me, the first literally, the other figuratively. I found a couple of nice ones I’m sort of interested in, but time will tell if those feelings are returned. And I’ll be smarter this time around.

People I let down

Sure, I let people down, and I had reasons, albeit faulty and selfish, to do so. But show me people who don’t have any regrets in their whole lives, and I’ll show you liars. From not agreeing with contentious friends to not cooking what I said I was going to bring to a pot luck supper, I let people down, so down that they stopped speaking with me. But, come on! Over politics or Shepherd’s Pie? I enjoy the present now, not dwell upon the past or have apprehension about the future.

There’s some dirt on me

Absolutely, there’s some but not a whole lot, like the time I used my friend’s mascara when I had an eye infection on Saturday and then two days later on Monday she found out after she used that mascara on Sunday the day before (ouch! that was really a bad one) or how about the time I applied for the same position as my colleague, and  gossiped to people I knew would spill the beans about her secret drug addiction,  and she didn’t get the job. I did. As Oscar Wilde once said, “Experience is simply the name we give our mistakes.” 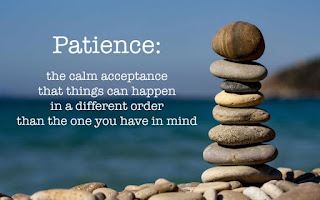 But I have one thing that wasn’t in the song. Patience! Do you know how I got patience where there wasn’t any before? From my stroke. Talk about a silver lining! It took a while to develop it, but now patience is with me all the time. People write to me occasionally to ask how I developed patience instead of constant anger and frustration. I practiced becoming patient because, in truth, it doesn’t come naturally, at least to me. You have to want it, and it will come, not right away but eventually.

Maybe, in time, I’ll become like that character from the television show My Name is Earl, a f-up who won $100,000 in the lottery and decided to correct all the wrongs from his past. Or maybe, and most likely, I’ll begin again in “it’s-never-too-late” fashion  to make the right decisions this time around. Whichever I choose, I, too, could finally stand the woman in the mirror that I see.

Joyce Hoffman is one of the world's top 10 stroke bloggers according to the Medical News Today. You can find the original post and other blogs Joyce wrote in Tales of a Stroke Survivor. (https://talesofastrokesurvivor.blog)
[email protected]
http://talesofastrokesurvivor.blog
Previous post Kobe Bryant and Me: Thoughts on Life and Death
Next post Researchers Say LOW Cholesterol May Be Not Much Better Than HIGH Cholesterol. WTH! They Are Saying THAT Now?

The Simple Pleasures of a Stroke Survivor

Like It Or Not, It’s Time For This Stroke Survivor’s Top 6 New Year Resolutions!

A Horrific, Honest Email From Sara Riggs: A Heartfelt Story I Had to Place on My Blog in Its Entirety

Knock, knock! I Was At Death’s Door. And Then I Wasn’t, aka The Issue of Turning Off the Life Support Machine Too Early