Skip to content
General
Spread the love
Lists are a way to keep track of the things you should–or should not–be doing or have done. When you’re done with the list, presumably you’re finished with all the things appearing on the list. But are you really? The lists are usually in 5s or 10s, convenient, familiar numbers to use. Take a look at some samples:

5 Foods That You Should Never Eat (I still eat 3 out of 5)
5 Stages of Grief for Chiefs Fans (They were doing so great for a while)
5 Stages of the Sleep Process (If you think of the 5 stages, you won’t go to sleep)
5 Stocks With Big Insider Buying (Wall Street sucks)
5 Books to Help You Reach Your Goals for 2014 (Reach your goals? Really?)
5 Signs You May Have Pre-diabetes (Or maybe the actual diabetes)
5 Best Films Oscars Nominations (They usually come in 5s)
The Top 10 Lists of David Letterman (Er, that is, David Letterman’s writers)
Best 10 Movies of Matthew McConaughey (It’s the dimples…anything he’s in, I like)
5 Years After, 10 Things to Remember (I could think of a lot of things if this article was called, “10 Years After, 5 Things to Remember”)

Lists are completely and purposely definitive. But are there only 5 or 10? How about if there’s so much more? Take Elizabeth Kubler-Ross, for example. She was the author of the 1969 legendary bestseller, On Death and Dying, and a psychiatrist, who died in 2004. I wonder if she took her own advice about death and followed all the stages of grief: denial, anger, bargaining, depression, and acceptance. In one article, she said that she was ready for death after suffering multiple strokes. But was she really? Known as the Kubler-Ross model, did she skip the first 4 stages and go directly to acceptance? I have my doubts.

Yale University conducted a study of bereaved individuals between 2000 and 2003, based on the Kubler-Ross model, and concluded from their findings that half were consistent with the five-stage theory and others were conflicting with the model. P.K. Maciejewski said in 2007, in the Journal of the American Medical Association (JAMA), several letters were also written and published in JAMA, criticizing this finding and belittling “the stage” concept because, for one thing, the Kubler-Ross model didn’t evaluate the support–friends and family–aspect.

More recently, Megan Devine, the author of “Everything is Not Okay,” and a contributor to the Huffington Post, wrote “The 5 Stages of Grief and Other Lies That Don’t Help Anyone” in December 2013. In the article, Devine says of Kubler-Ross model, “The griever is expected to move through a series of clearly delineated stages, eventually arriving at ‘acceptance,’ at which time their ‘grief work’ is complete…and if you don’t progress correctly, you are failing at grief. You must move through these stages completely, or you will never heal.This is a lie.”

Devine goes on to say, “[Even] Elisabeth Kubler-Ross wrote that she regretted writing the stages the way that she did [in retrospect], that people mistook them as being both linear and universal. Based on what she observed while working with patients given terminal diagnoses, [Dr.] Ross identified five common experiences, not five required experiences.”

Ruth Konigsberg, the author of “The Truth About Grief: The Myth of its Five Stages,” confirms Devine in saying, “The Kubler-Ross theory has never been validated by one single study. But it certainly seems time to move beyond our current habit of using untested theories to create unnecessarily lengthy and agonizing models for loss, ones that I believe have created more fear of and anxiety about the experience.”

Konigsberg also says how the Kubler-Ross five stages mistakenly “show a hopeless road, making people think that they must grieve for the rest of their lives.” Konigsberg stated that “loss is forever, but acute grief is not, a distinction that frequently gets blurred.”

You’re reading about death, but actually this advice from Devine and Konigsberg, in my opinion, applies to anyone or anything you’re mourning, i.e. death of a marriage, of a job, of a pet, of an illness. I don’t know what’s going on in the head of another, so I’ll only talk from my perspective. There is no cookie cutter pattern for me, and most likely others, as it relates to stroke. Each stroke survivor grieving the loss of impaired body function, just as snowflakes (presumably), is different. 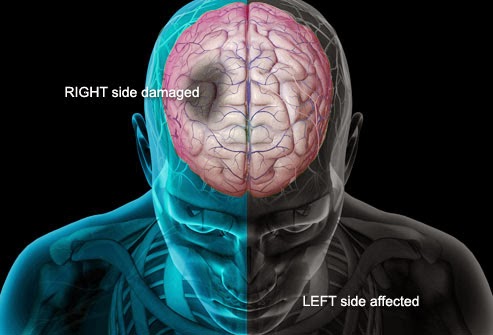 We are constantly evolving, from one day to the next. Grief has its own timeline, custom to fit you. The stages don’t go in order either. I still, five years later, have not accepted my condition for any significant length of time. The shortest stage for me was bargaining because I already had the stroke. Bargaining in duration was not an option. The longest stage for me was anger.

I have a theory. The better your life is right before the stroke, the more you will resist positivity after the stroke. Distractions, like going to the movies or going out to dinner help, but they are only temporary. When I get into bed after the chilly, bleak day is done, I don’t like how my affected foot is just lying there outside the cover, or I have to pee two hours later and just can’t “run” to the  bathroom. Stuff like that.

And I have more stages than the five in the Kubler-Ross model:

I got “guilt,” a 6th stage, when after I had a stroke at 4am. My manager was left in a lurch without me. Not so much anymore, but traces of it surface now and again. 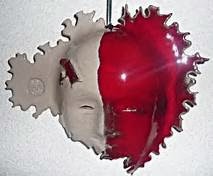 I got “ambivalence,” a 7th stage, because I didn’t know where I was, emotionally speaking. Sometimes, for about a year when I first had my stroke, anger would be followed by depression going back to anger in rapid succession, and sometimes, both anger and depression would come simultaneously. Or I’d lay there in limbo, trying to decide on my emotion. 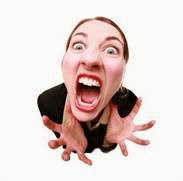 And finally, I got “frustration,” an 8th stage, even now, when the people looking at me and on the phone don’t understand me. Sometimes, the ones in person put their heads at an angle and squinch up their faces in anticipation of not understanding me. The people on the phone probably do the same as well. I’m intelligible, but when I get tired, I have to be careful that I’m not slurring my words. Like I said, I’m evolving.

You don’t have to buy my book to know that nobody, except the evil doers of horrendous deeds, like Hitler and Osama bin Laden, deserves a stroke. Nobody.

Joyce Hoffman is one of the world's top 10 stroke bloggers according to the Medical News Today. You can find the original post and other blogs Joyce wrote in Tales of a Stroke Survivor. (https://talesofastrokesurvivor.blog)
[email protected]
http://talesofastrokesurvivor.blog
Previous post Tra-la-la-la-la: Music Therapy Solves So Many Problems
Next post Fractured Bones and a Doctor with an Attitude

6 thoughts on “My Personal Evolution, aka As It Turns Out, She Was Not “All That””