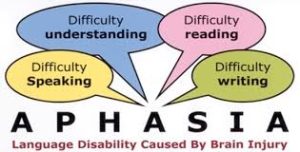 Aphasia is one of those conditions you can’t hide for long. You can say, “I’m having a senior moment,” but when you say it all the time and you’re a stroke survivor, you have to come to terms that it may likely be  aphasia.

Here’s a quick rundown of the 2 million people, in the US alone, who have lost all, or part, of the ability to use words to communicate:

Aphasia is defined as an impairment language caused by an injury to the brain, usually due to stroke, but it could happen from any type of brain injury.

Before April, 2009, I used to be a public speaker, communicating to crowds of people in an extemporaneous fashion, the words flowing with no effort, ad-libbing in an  impromptu fashion. Now, I know my limits and I’m scared.

Are there differences in types of aphasia? There surely are, and thanks to the UK Stroke Association for this quick guide:

Broca’s aphasia or expressive aphasia is when people find it very difficult to find and say the right words, although they probably know exactly what they want to say.

People with Broca’s aphasia may only be able to say single words or very short sentences, although it’s usually possible for other people to understand what they mean. This can be very frustrating.

The features of Broca’s aphasia are:

Wernicke’s aphasia or receptive aphasia is when someone is able to speak well and use long sentences, but what they say may not make sense. They may not know that what they’re saying is wrong, so may get frustrated when people don’t understand them.

The features of Wernicke’s aphasia are:

The features of anomic aphasia are:

Primary progressive aphasia (PPA) is a condition where language capabilities become slowly and progressively worse, leading to a gradual loss of the ability to:

Deterioration can happen slowly, over a period of years. Other mental functions such as memory, reasoning, insight and judgement are not usually affected.

It’s important to get an accurate diagnosis for PPA. This is to rule out other degenerative brain disorders like Alzheimer’s disease where language and memory and reason are affected.

The operative word here is “may.” I have mostly Broca’s aphasia, but I have no trouble with written expression. In fact, words come about easily through writing rather than speaking.

I was a Communication prof so being able to say words clearly was important in my playbook. Am I disgruntled at my speaking ability? You bet. Would I ever accept the stroke? No way. But if I don’t fall anymore, that would be good enough for me. 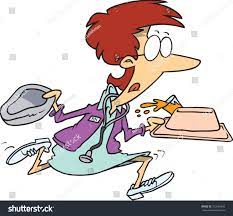 Previous post …With My Private Part Flapping in the Breeze 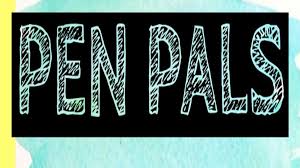 Next post Pen Pals: The Destined Duo of Me and Sara

6 thoughts on “No Use in Hiding It Anymore. I Have Aphasia.”

Stop Saying, “You Can Do Anything as a Stroke Survivor!”

4 Things That Stroke Survivors Think About, Whether They Admit It Or Not

In the Hapless Wheelchair: Talk To Me When You’re Talking To Me!