Skip to content
General
Spread the love
In 1968, in the tiny town of Norwalk, Ohio, 85 times smaller than Philadelphia, midway between Cleveland and Toledo, acute gastroenteritis victimized the Bronson Elementary School, so much so that the gastroenteritis closed the school for awhile, and the virus became known as the “Norwalk agent.” The people of Norwalk, Ohio,  unfortunately, were dubbed as the folks where that virus originated, and the name was shortened to norovirus. 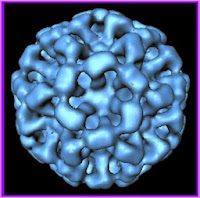 The virus must have been around for a long time, but now it is identified from stool samples to make it officially that virus. Since 1968, the norovirus has run rampant on the close quarters of cruise ships, sending hordes of people, at times, to their respective toilets to vomit, along with bouts of diarrhea and stomach pains, the ships sometimes returning to port earlier than expected. In fact, noroviruses are the number one cause of diarrhea in adults. Also on the list, nursing homes and schools breed the norovirus as well.

The norovirus is what causes gastroenteritis, or swelling of the gastrointestinal tract. I’ve become a quasi-expert by now. I never even heard of the norovirus until my doctor said the symptoms point to my having it.

Needless to say, and forgive me for getting a might graphic, the norovirus is messy and painful, and that’s why I didn’t write for almost eight weeks. The virus left me lethargic, weak, and powerless. The virus also gave me chills, low-grade fever, and muscle aches, all of which, being in a state of denial, I said would disappear tomorrow. And when tomorrow came, there was a whole new set of tomorrows.

Let me start at the beginning. My friend was going to Philadelphia close to eight weeks ago and wouldn’t be home for dinner, so I ordered a pizza from the local joint I used so many times before. It was delivered to my house–hot, crispy, and taste-worthy. I ordered a medium pizza cut into six slices, three for today, three for tomorrow. After I ate the three slices, I developed heartburn. I never get heartburn. People sometimes get heartburn from peppers (which I had on my pizza), but to repeat, I never get heartburn.

So I did it again, just like I did with my insane headache just hours before my stroke–I didn’t listen to my body, not taking the hints my body was giving me. Not that there was anything to do with my hemorrhagic stroke, but a little heads up would have been nice. The same with my heartburn which went from bad to worse in a matter of minutes. I couldn’t do anything about the virus either, but a warning would have been nice, too.

I waited four weeks, until on a Saturday, the pain got so bad, I couldn’t stand it any longer. I called up to my friend on the second floor and said, “I have to go to the hospital. The pain just reached that point.” Of course, having heard me complaining incessantly for four weeks, he didn’t question me.

It was a cold, blustery day as I navigated the ramp to the Emergency Room while he parked the car. I could barely wait for relief. I ambled in to the ER. Then my friend soon joined me, and I was taken back to a room. After drinking the contrast solution that would enhance my CT-scan, I threw up three times. The nurse said there was enough contrast solution left inside me. Then I took an X-ray and I drank some barium to enhance the picture. I felt awful, and I was too powerless to protest.

After the tests, the doctor admitted me because he didn’t know what was wrong with me. The norovirus never came up in conversation. But why not? He had to know what a norovirus was, didn’t he? Or maybe he cut that class in medical school.

Anyway, I was in the hospital for a week, crying often from the pain in my gut. The rest of the time, I was zoned out on Dilaudid, a pain killer. I was released from the hospital with a low-grade fever and no clear diagnosis. Five days later, the pain was starting to subside and I wasn’t taking pain meds anymore, but I developed a rash that was itching so bad, at times, I thought it was the end of me. (Viruses can produce a rash anytime, I learned later from the primary doctor). 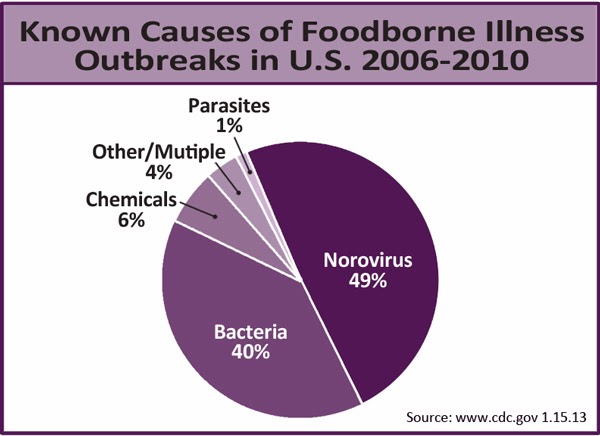 So how did I get it? The norovisus is part of  group of viruses that inflames the intestines and is the leading cause of gastroenteritis in the United States. It is often thought that contaminated food is the culprit, but not always so.

Norovirus is often called, colloquially, the stomach flu, but it isn’t the influenza virus. It usually comes about if you touch contaminated surfaces or if you eat (which I didn’t) undercooked or raw seafood like clams and oysters. It is highly contagious, and sharing utensils or shaking someone’s hand, if you are infected, spreads the virus. Despite a stool sample which confirms that you have the norovirus, most people are diagnosed purely on their symptoms.

Diarrhea and vomiting heads you down the dehydration path, causing bigger problems than the virus. I was dehydrated at one point along the way, but I was aware of it and so knew the steps to correct it, which are drink, drink, drink water and juices, even if you don’t feel like it. Alcohol and caffeinated beverages can dehydrate you further. Dizziness when standing, a decrease in urination, and dry mouth all can point to symptoms of dehydration. Severe dehydration like I had is also treated with intravenous (IV) fluids which were given to me in the hospital.

Like other viruses, noroviruses don’t respond to antibiotics, which are designed to kill bacteria, not viral infections. So there’s nothing to do but wait, until it all goes away. It’s the eighth week now. 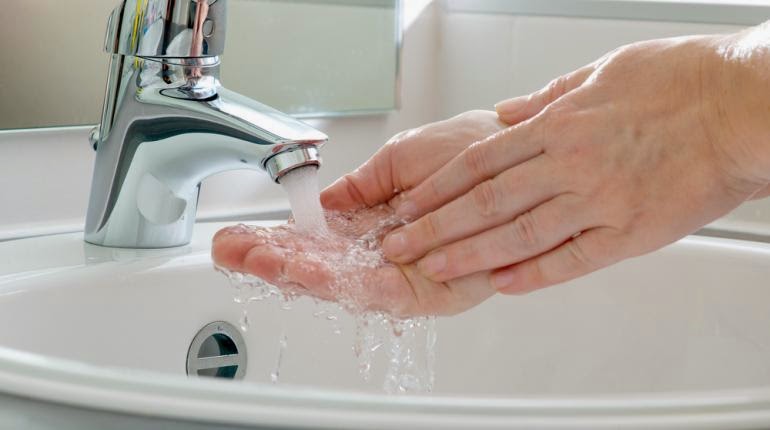 To ward off the norovirus, some of the things you can do are:
–Disinfect surfaces with a mixture of detergent and chlorine bleach after someone is sick.
–Wash your hands with soap and warm water for at least 15 seconds.
–Cook all shellfish thoroughly before eating them.

I still have the rash, though it is fading, albeit slowly. The most important thing is, I’m back, happily writing this post. (*itch, itch*) And what about the stroke that was so horrible? I’m glad to report that the stroke is currently on the back burner.

Joyce Hoffman is one of the world's top 10 stroke bloggers according to the Medical News Today. You can find the original post and other blogs Joyce wrote in Tales of a Stroke Survivor. (https://talesofastrokesurvivor.blog)
[email protected]
http://talesofastrokesurvivor.blog
Previous post Mitt Romney, A Stroke Patient, and Facebook, aka The Good, The Bad, and The Ugly (Not Necessarily in That Order)
Next post Stem Cells, Embryonic and Otherwise: The Big Maybe Not

4 thoughts on “Nothing Says It Like the Norovirus, aka I Hurt So Much, I Wanna Die”