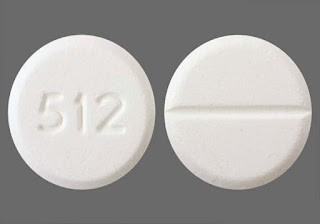 I last wrote the blog around Thanksgiving. And then I stopped altogether. Not because my ideas ran out. This post is now written and published, taking me 5 days in the process because of the pain when I sit too long.

Let me give you the timeline and you’ll see the consequences rather quickly, I imagine.

November 28: I had ear surgery because my eardrum had a hole in it caused by increasingly larger tubes to hear. The surgery was successful and the Oxycodone was effective to avoid the ear pain.

November 28-December 5: I have a low tolerance for pain and took 7 to 9 Oxy tablets the first week to maintain my level of comfort.

December 6-13: Then the second week 6 to 8. I wasn’t a drug addict yet but on my way because, truth be told, because Oxycodone is a narcotic, and the rate of people taking taking too much narcotic(s) and dying is at epidemic proportions across all populations–the rich and poor, the professionals and the unemployed, the brain trusts and the brainless. Thus, I always asked myself, Am I in pain pain or is the pain tolerable? But I always opted for the Oxy because I had become chemically addicted.

December 18: I was in the beginning of my third week taking Oxy as much as the second week when I fell to the floor around 1am and hit the end table next to my bed. I called my son to bring the key over to let the paramedics in on my iPhone, or what I call my lifeline. Then I called the paramedics and soon realized, in the post-surgery, perpetual state of Oxy-controlled haze, that I should go the hospital because I hit my head from a standing position and my ribs ached.

The ambulance, with sirens flashing, brought me to the hospital and while there, the ER doc ordered a CT scan of my head and X-rays. He gave me Tramadol and then Dilaudid to ease the pain. Then he gave me Oxycodone, the drug I had been taking following the ear surgery. The results of the tests showed my head wasn’t affected, but 2, maybe 3 of my ribs were broken. The ribs take roughly 8 weeks to heal in a young person. Mine will take longer.

December 18-January 23: I ended up in the rehab facility across from the hospital. By the time I left the facility, I was down to 2 Oxycodones daily. Now I avoid them sometime because the pain is less and it is tolerable. I was chemically addicted and now 2 or less a day. I consider myself lucky, addicted-to-narcotics wise.

January 23 to present: I returned home. My doc ordered 60 more Oxy just in case I still had ongoing pain. They’re still waiting at the pharmacy.

Of course, it was the Oxy that made me lose my balance and fall. I should have taken my time instead of going at my normal pace. But the Oxy operates differently. It makes the brain think it’s invulnerable.

Bottom line: I didn’t read the brochure from the pharmacy that came with Oxycodone explaining the side effects like dizziness and the falling risk, but I should have. Oh, yeah. Lesson learned too late.

Joyce Hoffman is one of the world's top 10 stroke bloggers according to the Medical News Today. You can find the original post and other blogs Joyce wrote in Tales of a Stroke Survivor. (https://talesofastrokesurvivor.blog)
[email protected]
http://talesofastrokesurvivor.blog
Previous post Go to Hell, Black Friday! aka The Top Ten Things I Am Thankful For On Thanksgiving
Next post My Sons, My Sons and the Makeshift Playroom

3 thoughts on “Oxycodone and Me, a Failing (and Falling) Relationship”