Skip to content
General
Spread the love
One of the many dictionary-type websites defines selfie as, “a photograph that one takes of oneself with a digital camera or a front-facing smartphone, tablet, or webcam, especially for posting on a social-networking or photo-sharing website.”

I have done so myself in a moment when I wanted to capture myself with a new hairstyle or a new outfit, albeit without posting it anywhere. Selfies are pure vanity moments, but so what? Everyone is allowed. And hardly no one takes one selfie. It has to be right. The least I took was three–I won’t tell you the most–and I was on break and had nothing to do but photograph myself.

Thanks to one woman’s stroke selfie, she has put a “face” on the symptoms. Back in April, 2014, Stacey Yepes, from Ontario, Canada, started experiencing stroke-like symptoms. Her docs from the ER told her that her symptoms were just stress and sent her home. Later, it happened again on the way out of the hospital’s parking lot. 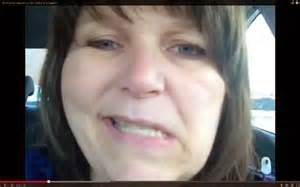 During that second attack, Yepes recorded a selfie on her Smart phone. When she arrived at the ER again, doctors saw the picture and knew for sure she was having a stroke. (I believe the correct interjection here is “duh”).

“They come and they go,” says Dr. Carroll. “People are visual a lot of the time. When they actually see something happening it’s much more effective potentially than if they read about or if they had a friend who had it. But that actual visual seeing it I think is very potent for a lot of people.”

Yepes had it all: face numbness, slurred speech, difficulty walking. And yet the doctors dismissed her as being stress-related. That proves my point, shared by many: Doctors don’t know everything, especially about strokes.

“It’s hard to say why there was an incorrect diagnosis initially, but things like that can happen,” Dr. Markku Kaste, of the World Stroke Organization, said. “Still, the quicker you go to the hospital, the higher the likelihood of a good outcome.”

Dr. Kaste is right, but Yepes had to go to the hospital twice, to give the doctors a chance to issue the correct diagnosis as a do-over. Couldn’t they tell from her classic symptoms? The doctors probably missed the lecture on strokes in medical school. Good grief. There’s no excuse.

Joyce Hoffman is one of the world's top 10 stroke bloggers according to the Medical News Today. You can find the original post and other blogs Joyce wrote in Tales of a Stroke Survivor. (https://talesofastrokesurvivor.blog)
[email protected]
http://talesofastrokesurvivor.blog
Previous post A Nursing Home Mini-Series: The Final Chapter
Next post Enough about Ebola. Get a Flu Shot!