Skip to content
General
Spread the love
“Are you asleep?”

I whisper the words, but loud enough for him to hear it. I don’t get a response–not a foot twitch, not a hand movement, not a face gesture. I get nothing. He lies down and then, somehow, he is instantly asleep. Lucky him. But to this stroke survivor, not so fast. I often get up, in the middle of the night, because I can’t fall asleep and don’t want to lie there endlessly for more than two hours which is my limit, waiting for sleep to overtake me.

It’s unfortunate for me that I’m so active in the middle of the night. I get up and do something else, like go downstairs to my office to write, or flip through my kids’ pictures–again, or listen to the night sounds of the ocean crashing against the surf. Oh, boy. I have to get up early. The vampire, aka phlebotomist, is coming at 8. *sigh* The time is now 1 AM.

First, background is needed. The National Institutes of Health say that until the 1950s, most people thought of sleep as a short, daily hibernation from our hectic lives. What we know now, over fifty years  years later, is that our brains are busy during sleep, affecting our physical and mental functioning in a slew of ways. Sleep comes in stages:

Stage 1 is denoted by  light sleep where we drift in and out of sleep and can be awakened easily;

Stage 4 is the deepest sleep when there is no eye movement or muscle activity;
Rapid Eye Movement (REM) sleep, occurring about 70 to 90 minutes after we fall asleep, is when our breathing becomes irregular and shallow, eyes move quickly, limb muscles become temporarily paralyzed, heart rate increases, and blood pressure rises.

On average, the Cleveland Clinic says a complete sleep cycle takes an average of 90 to 110 minutes. 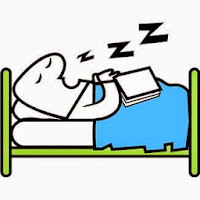 As the night goes on, REM sleep increases in length while deep sleep decreases. The amount of sleep each person needs depends on age and condition. Infants usually require about 16 hours a day, teenagers about 9 hours, adults usually about 7 to 8 hours though some people need as few as 5 hours or as many as 10 hours of sleep. In the first 3 months of pregnancy, women often need several more hours of sleep than is their typical pattern. If you’re sleep-deprived, the body requires you  to make it up later when you have the opportunity. You can’t go without sleep for two days because sleep will catch up with you. It’s a fact. Don’t even argue it. You’ll lose.

And most sleep studies conclude that sleep deprivation is dangerous. Sleep-deprived folks when tested perform as badly or worse than those who are intoxicated. Sleep deprivation also intensifies alcohol’s effects on the body. Since drowsiness is the brain’s final step before falling asleep, driving while drowsy–intoxicated or not–can lead to tragedy. Coffee, tea, or other stimulants doesn’t cut it with severe sleep deprivation. The National Sleep Foundation has a rule: if you can’t stop yawning and have trouble keeping your eyes focused, or if you can’t remember driving over the space of three minutes, you are probably too fatigued to drive safely.

Anyway, it’s the same thing one or two times every week that I can’t sleep, but I’m certainly not alone. Sleep problems are usual for stroke survivors. Having a sleeping problem can be make you irritable and cantankerous, like saying “fuck” when uttering that word is uncalled for.

Sleep problems can also increase your risk for another stroke because two-thirds of stroke survivors have sleep-disordered breathing (SDB), the most common being sleep apnea. With SDB, the side effects may increase your blood pressure and cause blood clots. Signs include, despite yawning repeatedly, the inability to fall asleep or remain asleep throughout the night which, in turn, causes excessive sleepiness, attention problems, depression, irritability, and headaches during the day. SDB is a vicious cycle of events.

Treatments are tricky. Aside from sleeping on your stomach (some people say that helps with the snoring), the most successful treatment is Continuous Positive Airway Pressure (CPAP), which is a compact machine no larger than a few reams of paper, blowing heated, humidified air through a short tube to a mask which fits tightly around your nose and mouth to prevent humid air from leaking out. Albeit not good for curly air that might to turn to frizzy hair, it might help. The National Stroke Association said sleep studies using CPAP revealed that better thinking abilities and having higher energy levels were the result.

A variety of medications prescribed in the rehabilitation process can change the quantity, quality, and pattern of sleep. Medications prescribed for sleep may interact with sleep processes by increasing or decreasing the amount of time spent in sleep. The intake of medication and its timing can also influence sleep quality in a negative way and should be monitored carefully.

Inherent factors to the hospital or rehabilitation environment may, in themselves, contribute to produce sleep disturbances in some patients, like co-habitation with other patients, pain, anxiety, noise, lights, and the strict schedules for a routinized day. Then when the stay comes to an end, patients must integrate their lifestyle to accommodate the home environments. Any factor alone isn’t a walk in the park, by no means. 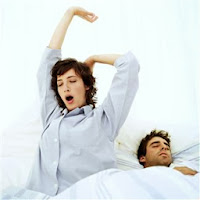 An average of 30% of stroke survivors have “circadian disturbances” or sleep-wake cycle disorders (SWDs) where your sleep regimen is no longer set by day or night. But in my mind, no matter what acronym one calls it, many stroke survivors are left with, in conjunction with other sleep disorders, the big “i”–insomnia, the inability to fall asleep. An insomniac is usually defined by the following criteria:
* Dissatisfaction with sleep quantity or quality
* Difficulty initiating and/or maintaining sleep
* Recurring sleep difficulties at least 3 nights a week
*Significant impairment in social, inter-personal, or other areas of daytime interactions

Insomnia is considered chronic when it has lasted for more than 6 months. Mine had lasted for 4-1/2 years.

Sleep is still in the partial mystery category. While researchers and doctors know something about sleep, like the regulation of the body’s temperature, the conservation of energy, and immunity to disease, they don’t know everything.

When it comes to rehabilitation, pioneers in sleep disorders, Canadian researchers Marie-Christine Ouellet and Simon Beaulieu-Bonneau, said even though problems with sleep are often regarded as minor problems, the lack of sleep is developing into a serious problem. It can retard rehabilitation and make a difference for patients in their outcomes. With the efforts involved in rehabilitation, it is important to deem sleep disorders as possible roadblocks to the entire rehabilitation process.

Indeed, it was a roadblock for me. I don’t think I was in a state of mind to receive therapy as soon as I did. So should there be time allowed before the stroke patient is ready for therapy, or should therapy start right away even though the patient’s not ready to receive it? I don’t know the answer. Nobody does. And hospitals don’t have the money for psychologists to pave the way for therapy.

It’s 2:30 AM now as I write this post. Sleep is the furthest thing from my mind.

Joyce Hoffman is one of the world's top 10 stroke bloggers according to the Medical News Today. You can find the original post and other blogs Joyce wrote in Tales of a Stroke Survivor. (https://talesofastrokesurvivor.blog)
[email protected]
http://talesofastrokesurvivor.blog
Previous post How to Change Your Own Mind, Literally
Next post You Never Know What Will Bite You in the Ass Next