Skip to content
General
Spread the love
It seems like a few years ago that I had the stroke. But it’s almost seven years ago. April 8, 2009, is the date that is burned into my consciousness. The date follows me around, like the devil that it represents. Playing piano by ear, knitting scarves, clapping when required, all gone. People say, “Be positive,” but sometimes, I just can’t. A stroke doesn’t make me stronger. It just reminds me how fragile the human body is. Some people say “re-birthday” when they celebrate the date on which the stroke happened. “Re-birthday?” Give me a break.

That being said, looking back, I have accomplished some things that make me know that I’m progressing. There is my book, “The Tales of a Stroke Patient,” published in 2012, that documents all the time before, during, and after the stroke. I liked writing the book. For me, it was a catharsis, a chance to scream about awful CNAs, nurses and doctors who pretended not to hear me, all the time keeping the names of the rehab facility and the nursing home out of the book. (It was Bacharach Institute for Rehabilitation and Absecon Manor Nursing Home, both in Southern New Jersey. I don’t give a shit now).

I started a blog called the same as the book, “The Tales of a Stroke Patient,” in 2010. I still write it, as long as there are people to read it. (There are 15 million strokes a year worldwide so I imagine I won’t run out of readers). Currently, I have almost 112,000 people reading my blog, though some are faithful fans who read it several times. My dashboard tells me I’m read in 6 out of 7 continents, Antarctica the holdout. I don’t have anything against the Antarcticans. They are probably busy with global warming. 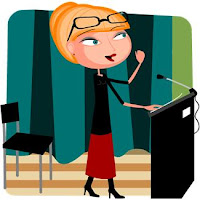 This month, the University of Pittsburgh Medical Center and I are starting two new stroke support groups (well, one’s a group that needs to be resurrected and the other is new), and I am the leader in both. My mission is to help stroke survivors get an improved sense of self, to achieve for them what I couldn’t achieve for myself back in the day: dignity, self-esteem, and empowerment. You’ll be amazed at the speakers we’ll book.

Nobody understands a stroke survivor aside from stroke survivors.
People write to me at least once a month saying, “My [husband, wife, friend] had a stroke and it’s so difficult to talk to my [husband, wife, friend] because of the anger and frustration coming out.”
“Of course,” I say. “How would you like your life turned around in just a millisecond?”
Some people get it. Most don’t, and that applies to health care providers and caregivers, too.

I fell, sometimes hard, breaking different parts of my body, I’m misunderstood though that’s getting less and less, I drop things that need two hands to hold, but through it all, I’m still here. Why? It’s like I told you. I have a mission, and it won’t be completed any time soon. I’m moving to Portland, OR, soon, and the mission goes with me. Always the mission….

Joyce Hoffman is one of the world's top 10 stroke bloggers according to the Medical News Today. You can find the original post and other blogs Joyce wrote in Tales of a Stroke Survivor. (https://talesofastrokesurvivor.blog)
[email protected]
http://talesofastrokesurvivor.blog
Previous post New Year’s Resolutions for Everybody–EVEN ME!
Next post Aspirin Desensitivity: I’m One of the 2%