I’m not taking sides. I’m just reporting the facts.
Right about at the midway point 2 years ago, 5 English stroke patients were given, in what has been termed a revolutionary new approach, millions of embryonic stem cells in a clinical trial from a 12-week-old aborted fetus. They injected the stem cells into their brains and waited 18 months, after which the stroke survivors saw some improvement in their mobility and speech. But the researchers, considering the small number of survivors being tested and the lack of a control group for the placebo, expressed some concern that people shouldn’t get overly excited about the results. Dubbed “master cells,” the stem cells are regenerative, and that means they have the ability to keep producing–more, and more again.

Michael Hunt, CEO of ReNeuron, the company that supplied the stem cells, said, “The goal is to help patients to live more independently and cut health and social care costs,” which makes so much sense to me. (Uh, I think I just chose a side).
On the other side of the fence are the religious crowd who thinks that injecting stem cells from aborted fetuses is just plain wrong. One woman, Philippa Taylor, of the Christian Medical Fellowship, said, “For many, it will be ethically troubling that this treatment involves injecting several million cells from an aborted fetus.”
But if the mother decides to abort the fetus, it might as well help a load of somebodies than just wait for trash day to come and haul the fetus away. What are they going to do with the fetus anyway? Use it for compost? (Oh, boy, have I gone too far?)
It is estimated that around 250,000 Britons live with disability caused by a stroke, many of them severe strokes, and finding a treatment that repairs brain damage is life-changing. But the controversy continues: practical vs religious.
So, I wondered, can I achieve the same thing as the five British men? I googled (recently becoming a verb) “stroke stem cell,” and variations of that search, and soon I came upon Stem Cell of America (why is stem cell singular?) which purported to have all the answers on stem cell therapy. 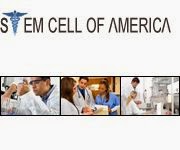 Does the Stem Cell treatment have any age requirements?
No, Stem Cell Of America accepts patients of all ages.
Do you accept patients from outside of the United States?
Yes, we routinely accept patients from Canada, England, Australia and other countries all over the world.
Am I eligible for Stem Cell treatment?
There are many factors in determining whether a patient is a candidate for Fetal Stem Cell treatment. We test for 14 different criteria, including viral, bacterial, and fungal infections, as well as viability. Moreover, we use PCR DNA testing, which is far more sophisticated and expensive than the screening tests routinely used in the United States for other Stem Cell treatments.
Will my body reject the Fetal Stem Cells?
No, Fetal Stem Cells have no antigenicity, which is a cellular “fingerprint” that can cause a dangerous and sometimes lethal rejection by the body. This phenomenon is called graft-versus-host disease. Our Stem Cells are free of this “fingerprint”, there is no threat of rejection and therefore no need for immunosuppressive drugs, which can leave the body vulnerable to serious diseases and infection.
How quickly will I see results after the Stem Cell treatment?
Every person is of course different. Each of our body’s healing mechanisms work at a unique pace as they are influenced by many factors. Commonly, significant positive changes are seen between three to six months post treatment. At times, these changes can occur in as little as weeks or even days after receiving treatment.
How many Stem Cell treatments will I need?
After the first treatment, the Fetal Stem Cells will continue to proliferate and repair. Some patients choose to receive treatment more than one time to expedite the healing process. The decision is yours. If you decide to repeat the treatment, usually a waiting period of 6 months is recommended.
How do the Fetal Stem Cells actually work to bring about healing?
Fetal Stem Cells are the cellular building blocks of the 220 cell types within the body. The Fetal Stem Cells used by Stem Cell Of America remain in an undifferentiated state and therefore are capable of becoming any tissue, organ or cell type within the body.
Fetal Stem Cells also release Cytokines. Cytokines are cell-derived, hormone-like polypeptides that regulate cellular replication, differentiation, and activation. Cytokines can bring normal cells and tissues to a higher level of function, allowing the body’s own healing mechanisms to partner with the transplanted Fetal Stem Cells for repair and new growth.
How many people have been treated with my specific disease or condition?
Stem Cell Of America has treated over two thousand patients with Fetal Stem Cells.
What diseases and conditions is the Stem Cell treatment available for?
A partial list of disease and conditions that Stem Cell of America has successfully treated includes:
Alzheimer’s
Arthritis
Autism
Brain Damage
Cancer
Cerebral Palsy
Chronic Pain
Cystic Fibrosis
Diabetes
Epilepsy
Fibromyalgia
Heart Disease
Liver Disease
Lung Disease
Lupus
Multiple Sclerosis
Muscular Dystrophy
Parkinson’s
Seizures
Spinal Cord Injury
Stroke
and others
Stroke! It was on the list. So I called the number listed on the website. An amiable person spoke to me about all the positive things that could come about if I got this stem cell therapy from Stem Cell of America, repeating much of the same wording that was on the website. I was waiting for the ball to drop, and it dropped twice about thirty seconds later, going something like this:
“The cost is $25,000 and the therapy is done in Mexico.”
The cost was one thing, but Mexico? Tiajuana, no less, the hotspot for all things bad? But I was getting ahead of myself.
“Let me think about it,” I said, and I went directly to my computer to learn more.

First, I emailed the EuroStemCell organization because that’s where the idea originated–in Europe. I received this reply (and the parentheses are my comments): 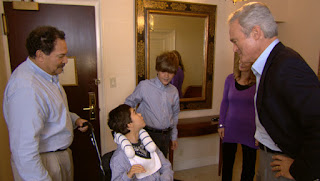 Joyce Hoffman is one of the world's top 10 stroke bloggers according to the Medical News Today. You can find the original post and other blogs Joyce wrote in Tales of a Stroke Survivor. (https://talesofastrokesurvivor.blog)
[email protected]
http://talesofastrokesurvivor.blog
Previous post Nothing Says It Like the Norovirus, aka I Hurt So Much, I Wanna Die
Next post Up Close and Personal, aka Babies and Strokes, Part 2

2 thoughts on “Stem Cells, Embryonic and Otherwise: The Big Maybe Not”