Skip to content
General
Spread the love
“If you have one great friend, consider yourself lucky.”

A wise man said that to me once upon a time. But does that statement apply to stroke survivors? Not so much, because stroke survivors are perceived as pitiable way too often.

Here’s one for you, stroke survivors: you have to work at keeping friends, just like “normals” do! Surprised at my answer? Well, it’s true. I had to learn the hard way, all those months sitting alone when I could have enjoyed myself. 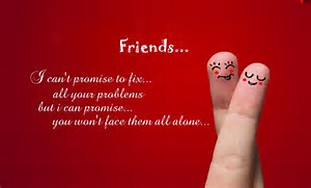 A study was done at Academics at City University London. They found that having a stroke can negatively affect a person’s social network. Children and relatives were mostly in touch, but many stroke survivors reported that the number of friends they saw significantly declined.

Says the study, “The City team recruited 87 stroke survivors from two acute stroke units based in London teaching hospitals. They interviewed participants at two weeks, three months and six months post stroke,and found that aphasia, a language disability that can affect talking, understanding, reading or writing, was the cause.”

Dr. Sarah Northcott, Research Fellow in the School of Health Sciences at City University London, said, “Our study showed that many stroke survivors report that their social networks are badly affected. People who have aphasia are particularly at risk of losing contact with friends and their wider social network.

“We know that supportive relationships are crucial in enabling a person to adjust to life following a stroke, so it’s really important that we consider a person’s support networks during post-stroke rehabilitation.”

Real data. How about that. So here are five ways to keep friends in your “social network”:

1. Ask for help when it comes to going out
People love to help. (Most people, that is). Don’t be embarrassed about asking for a ride, helping you traverse a  rocky terrain, or assisting you down the scary stairs. It’s a win-win situation. People are gratified that they could help and you get the help you need.

2. Don’t be a Debby Downer
Save your crabbiness for when you come home. I know. I know. You’ve had a tough day, but most people don’t realize that you have to work at least twice as hard on daily living stuff, like getting dressed, taking food from the refrigerator, and arguing with people when the words just don’t come as easy as they did before. Force you yourself, if need be, to smile and be pleasant.

3. Invite them over
You have to do your part. It wouldn’t take much to set out a plate of cookies and drinks. Do it slowly. There’s no need to rush if you start an hour or two early before your invited guests appear. It shows an interest in your friends. You have to do inviting sometimes. It can’t be a one-way street.

4. Find common interests
I belong to a Writers Group that meets regularly at the library. Or maybe sports are your thing. You can run the food booth or be a scorekeeper or even a fan. Everybody loves an enthusiastic fan. Or how about asking your place of worship what speakers they have on board? There’s always something to do.

5. Get used to the people saying dumb things about strokes
I’ve heard them all. They were said to me. “You wanna race my 2-year-old grandson to see who gets there first?” Or how about this winner? “Did your life change for the better or worse after you’ve had a stroke?” Or even this: “Does the movie theater have a special rate for you people?” They don’t know. That’s all. Practice staying calm and let the “normals” talk, albeit moronically. If you get angry, that’s 1 point for them and a possible reason to shun you forever. Keep. Your. Cool. I can’t stress that enough.

Sufficient discussion, yes? Now get to work on staying social. And enjoy yourself, even if you have to force it in the beginning. Sometimes, you will have to pretend, but take my advice. Fairly soon, the socializing will come naturally.

And most of all, don’t be discouraged by, for example, a narcissistic brute who doesn’t want to help in any way, who avoids you at all costs, including “friending” you, as Facebook says.

William Hickson, a British educational writer, is credited with popularizing these poetic lines:

Joyce Hoffman is one of the world's top 10 stroke bloggers according to the Medical News Today. You can find the original post and other blogs Joyce wrote in Tales of a Stroke Survivor. (https://talesofastrokesurvivor.blog)
[email protected]
http://talesofastrokesurvivor.blog
Previous post Foods: The Dirty Dozen and More for Post-Stroke Survivors, aka All You Need Is “My Fitness Pal”
Next post The Motorized Shopping Cart, aka Hell on Wheels

2 thoughts on “Stroke Survivors and Friends: 5 Ways to Not Lose Them”