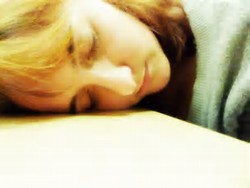 Everyone feels tired at some point. But I fight napping. If I nap, even for 15 minutes, during the daytime, I’m hit with insomnia at night and go to sleep at 4am. It all started when I stayed up later and later to write this blog and other things.

Karl Doghramji, MD, Medical Director of the Sleep Disorders Center, Thomas Jefferson University, Philadelphia, reports, “The avoidance of naps has been proposed as a method of enhancing sleep continuity on the following night.”

Truer words were never uttered. When it comes to strokes specifically, The National Stroke Association (NSA) says that post-stroke fatigue, or PSF, affects as much as 70 percent of stroke survivors, especially in the early years. PSF happens without warning. PSF is not just feeling tired and wanting to take a nap. With PSF, you have to take a nap.

The NSA identified 3 types of fatigue for stroke survivors: 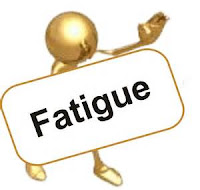 Emotional (like crying and laughing at odd intervals, depression)

I encountered all of them. On the cognitive side, even six years later, I still have mental fatigue and usually rest once a day; just resting, not necessarily napping. I have all of the physical ones randomly. As for emotional fatigue, I am still, somehow, motivated, but I cried and laughed at the wrong times and places the first few years. And depression? I still have it, though rarely, but doesn’t everybody?

The top 10 foods, according to the NSA, that can help ward off fatigue include:

I tried all of those on the list, but I’m back to insomnia again.

According to strokeassociation.org, survivors expend more-than-normal energy to do everything.

“You may have less energy than before because of sleeping poorly, not getting enough exercise, poor nutrition, or the side effects of medicine. You have as much energy as before, but you’re using it differently because of the effects of your stroke. Things like dressing, talking, or walking take a lot more effort. Changes in thinking and memory take more concentration. You have to stay ‘on alert’ all the time–and this takes energy,” says the association.

So if you fight napping and still have trouble with Circadian rythym, where you wake up later and your days go until 4am, for example, try these methods coming from UCLA’s Sleep Disorders Center:

I want to join the world at 7am and go to bed at 11pm. But I’ll conquer insomnia. It just takes time, the experts say, and that’s the response I like the least.

Joyce Hoffman is one of the world's top 10 stroke bloggers according to the Medical News Today. You can find the original post and other blogs Joyce wrote in Tales of a Stroke Survivor. (https://talesofastrokesurvivor.blog)
[email protected]
http://talesofastrokesurvivor.blog
Previous post Aging Gracefully, Dammit! aka I Can’t Blame My Stroke on This One
Next post If You Have Aides, 3 Things You Have to Remember About Acting Like Your Own Boss, aka YOU’RE in Charge!

2 thoughts on “Stroke Survivors Could Easily Handle a Power Nap. But Do They Want To?”