Skip to content
General
Spread the love
Almost 7 years ago, when I was brand new to the constantly changing, faceless group known as stroke survivors in the rehab facility, I was more absorbed with my lack of right-sided movement than with anything else. And I was on intravenous, plus a feeding tube for 5 weeks that injected “formula” directly into my gastrointestinal tract to keep me alive in name only. I had no appetite anyway because the noxious depression, accompanied by random seizures, kept on going, never stopping, even for mealtime. 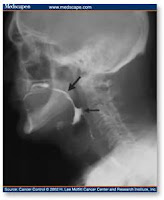 After 5 weeks, I was subject to a swallowing test where, if I passed in the dimly lit room with an accompanying screen with video imaging to see if my throat muscles moved correctly, I could eat what is known as a mechanical soft diet, a collection of foods that disgusted me, just because: soft mashed potatoes smothered in gravy, jello, pudding, overcooked vegetables–those sorts of things, soft things. The first time, I failed the test. I wasn’t swallowing correctly and my tongue was going awry, but I didn’t even know. But a week later, I passed.

There was a separate section set up for all those who passed that test, the controlled feast as I called it, and across from each person sat a speech therapist taking notes on the progress while the people ate the mechanical soft stuff. It made me nervous and a little edgy, but I ate, albeit drooling with food occasionally falling out, little bits at a time to avoid choking, to keep the feeding tube removal on schedule.

So all tolled, 6 weeks, and then I could eat without the intent gaze of the speech therapist watching me, the feeding tube was out and, as I say in my book, the tuna sandwich, which I ordered first, never tasted so good.

You might take the act of swallowing for granted, but stroke survivors shouldn’t. Neither should anybody else. Swallowing, as I came to find out, is a complicated process where any one thing could go wrong. Swallowing food or liquid involves moving the substance from the mouth, down the back of the throat, through the esophagus, and into the stomach. 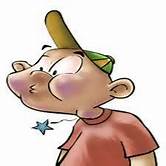 The condition is called dysphagia, when a food or drink substance that is swallowed enters the airways and/or lungs, sometimes resulting in pneumonia. In most people, aspiration (or the sucking of food or drink) would produce a ferocious cough, often expelling what is in there. In stroke patients, food or liquid could go down the wrong way, and they wouldn’t even be aware of it because of the paralysis. Thus, the test that was given to me.

Suzanne Kowler, a speech and language pathologist at St. Mary’s Medical Center Acute Rehabilitation unit in San Francisco, says, “If all the muscles on one side are weak or paralyzed, it’s going to be difficult to chew. They’ll have something sticking on the right [or left] side of their mouth. Normally it takes about a second to swallow. Even a small disruption places that person at risk for aspiration into the lungs.”

Through Kowler, I understood the test better. A diagnostic tool called a modified barium test, or videofluoroscopic swallowing study (VFSS), allows the therapist to watch a video in real time of a stroke patient consuming various liquids and foods.

“We can see if the food is going into the airway or not. And we can see when the patient coughs if they’re effectively expelling food from the airway,” says Kowler. The test also demonstrates which muscles are not functioning. 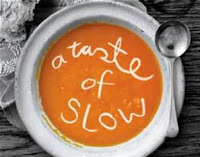 The overwhelming research says to eat slowly and don’t recline–or worse, lay flat on your back–when you eat. Eating shouldn’t be a hazard. But you already knew that, didn’t you?

One more thing: I couldn’t drink water years after my stroke because it brought on a choking fit. The speech therapist said that water is “the thinnest liquid that there is–you have to drink a thicker substance.” After that explanation, instead of apple juice which was my only drink for the next year and high in calories, I switched to ginger ale. When I found out a few months later the ginger ale had high fructose corn syrup adding pounds, I diluted it with water. And then more water was added to the ginger ale.

I went to a festival about a year after that, and all they had was water. I was so thirsty it left me no choice but to drink it, bracing myself for the coughing spell. And you know what? I didn’t cough, even one time. I’ve been drinking plain water for about a year now, and that diluted ginger ale was a blessing, the training, it turns out, to drink water again.

Joyce Hoffman is one of the world's top 10 stroke bloggers according to the Medical News Today. You can find the original post and other blogs Joyce wrote in Tales of a Stroke Survivor. (https://talesofastrokesurvivor.blog)
[email protected]
http://talesofastrokesurvivor.blog
Previous post Can’t Do’s and Can Do’s: A Stroke Survivor’s Thoughts
Next post Religion, Spirituality, and Chronic Illness: Do They Really Make a Difference in Recovery?

8 thoughts on “Swallowing, a Simple Thing You Take for Granted”