Skip to content
General
Spread the love
I was playing a game with myself. I recalled a famous personality of the past to test my memory. The topic of the day was who died from blood clots that went to the heart or brain or lungs. There were many.

David, David, what-his-name. Of course, I got it after a while. I was thinking about David Bloom, the weekend anchor of the Today show.

Although David is dead now–he died at 39 years old, I read that his heart and thoughts belonged to his family. In David’s final communication with his wife, Melanie, he wrote on April 5, 2003, “When the moment comes in my life when you are talking about my last days, I am determined that you and others will say ‘he was devoted to his wife and children, he was admired, he gave every ounce of his being for those whom he cared most about… not himself, but God and his family.’

He continued, “My legs have been cramping up, and I really have to stretch them out tonight.” 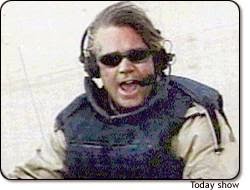 A day later, on April 6, Bloom died from a pulmonary embolism caused by a condition called deep-vein thrombosis (DVT). DVTs can occur when people have certain risk factors like clotting disorders and restricted mobility, like when Bloom was broadcasting from Iraq in the Army tank in which he was traveling.

In journalism class, decades ago, we were taught about the 5 W’s and the H: Where, Who, Why, What, When, and How.

“Always include them in the top one or two graphs [paragraphs] at the beginning of an article,” the professor said.

The professor was right on, but journalism has gotten more creative since then and some journalists start off with an intriguing statement or question like “It was all about the water” or “Two plus equals four, right?”

But I was a creature of habit when it came to journalism and I mostly started with the 5 W’s and the H, which made me think of sitting in one position as Bloom was, at length vs. standing.

Where: This information comes from one of the best in the world, the Mayo Clinic.

Who: A group of researchers studied the problem of sitting too long.

Why: They discovered that sitting too long could cause health problems.

What: Sitting too long in one spot in excess of 2 hours could lead to high blood sugar, blood pressure and cholesterol, and/or an excess of fat around the stomach.

How: Sitting too much could increase the risk for cardiovascular diseases and cancer.

Researchers at the Mayo Clinic discovered in June 2012 that sitting too long could cause health problems like a spike in blood sugar, high blood pressure, increased cholesterol, and an abundance of belly fat leading to cardiovascular disease and cancer. 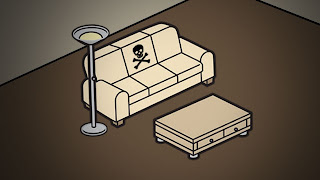 Stroke survivors, if they can stand at all, should stand more. But most survivors, at least the ones I know, seek out the comfort of a chair or sofa.


That’s why I’m going to the gym three times a week—to get off my a** and do something. 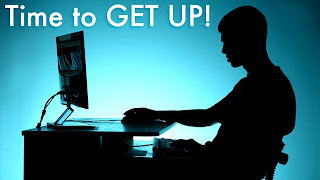 As a writer, I  do a lot of sitting. But I know I should be standing more. So at most every two hours, I go for a break. I don’t mean a potty break because that would involve sitting, too, for women all the time and men half the time. I mean, men don’t have to sit to pee, but women…. You get my drift.

What I meant was, I stand sometimes to take a lengthy phone call. Or I go for a walk, up to the corner and back. Sometimes I stand to watch television if I’m sitting on the sofa too long. If you’re working, get the powers to be to buy a standing desk, or improvise with a high counter.

Bloom needed to stand more and stretch his legs. Maybe he didn’t know about DVTs. Even if he did, he didn’t think he could die from it. This situation reinforces my mantra, “You never know what’s around the corner.” Plus, the Army was on a mission. So was Bloom. Rest in peace, David Bloom.

Joyce Hoffman is one of the world's top 10 stroke bloggers according to the Medical News Today. You can find the original post and other blogs Joyce wrote in Tales of a Stroke Survivor. (https://talesofastrokesurvivor.blog)
[email protected]
http://talesofastrokesurvivor.blog
Previous post An Accident Waiting to Happen, aka The Dangerous Treadmill Throws Me for a Loop
Next post “The Tales of a Stroke Patient”….YES!