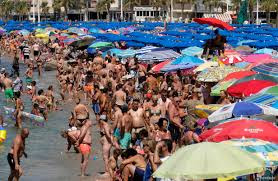 In a recent Time article entitled Nearly Half of Coronavirus Spread May Be Traced to People Without Any Symptoms by Alice Park, The Annals of Internal Medicine concluded “at minimum, 30%, and more likely 40% to 45%,” were spreading the virus to others without realizing they were also infected at all. There is a name for those people without symptoms (fever, fatigue, shortness of breath, coughing) to the COVID-19: asymptomatic.

Eric Topol and his co-author, Daniel Oran hunted for studies that included asymptomatic people and focused on different groups of people tested for COVID-19 worldwide. Among others, included were:
Follow-up testing of those participants showed that only a small fraction who were asymptomatic when they tested positive on the first go-round went on to develop symptoms, permitting the researchers to choose between people who were pre-symptomatic (who went on later to develop symptoms) and those who are accurately asymptomatic and test positive for COVID-19 but never develop obvious symptoms. For example, among the more than 2300 people tested in the Vo population, 41% who had no symptoms when they tested positive and never developed symptoms over a 14 day period.

Topol and Oran concluded that while they may not be showing any signs of illness on the outside, asymptomatic people are still transporting a dangerous and infectious virus that they can spread to others.

“The virus may be damaging the bodies of asymptomatic in other ways,” says Topol. Among the 331 passengers aboard the Diamond Princess ship who tested positive but did not have symptoms, it was revealed that 76 CT scans of their lungs showed signs of lung tissue damage typical of coronavirus infection. 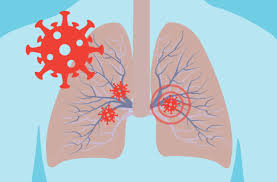 In another study, this one in South Korea, that studied 10 asymptomatic people from a group of 139 COVID-19 patients and warranted similar findings. The lung was affected in all asymptomatic patients, and researchers decided it was necessary to extend the evidence of COVID-19 testing.

“Given that public health officials aren’t testing the entire population, there are still huge gaps in understanding what asymptomatic disease,” Topol says.

Then there is the question of how long asymptomatic people are infectious. No one for sure, but wearing masks in public settings means less infection from those who are asymptomatic. So does social distancing and washing hands frequently given the numbers of asymptomatic people.

“If even a portion of the 100 million Americans who have a smartwatch or fitness band are involved, then we could go in and do studies for information we are missing now—antigen testing, antibody testing and we can look for transmissibility,” says Topol. “The priorities during a pandemic are absolutely to look after the sick. But we also shouldn’t miss how important this area of asymptomatic spread is to understand. For every one person who is sick, there are a whole lot of people who have the virus and don’t know it.” 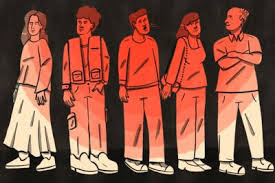 So what does all this mean for the public? Remember the numbers: “at minimum, 30%, and more likely 40% to 45%.” Scary though it is, I, for one, won’t be going to the beach where people sit willy-nilly next to each other. No public settings at all for me like concerts or sports events that may open to the public, until much more is known about asymptomatic people. You can’t spot one because they’re like the rest of us, except they’re harboring a death-defying  disease silently.

Joyce Hoffman is one of the world's top 10 stroke bloggers according to the Medical News Today. You can find the original post and other blogs Joyce wrote in Tales of a Stroke Survivor. (https://talesofastrokesurvivor.blog)
[email protected]
http://talesofastrokesurvivor.blog
Previous post Simple Pleasures for This Simple Stroke Survivor
Next post Aphasia: 10 Insensitive Reactions to Someone Who Has It