Skip to content
General
Spread the love
My mother-in-law used to always have a lawsuit going on. But, alas, they were frivolous suits, mostly slips and falls in the market, on someone else’s sidewalk, or falls in the street, all when barriers were in her way, where she just bruised herself almost every time. And she wasn’t handicapped. She was clumsy. In all that time, around 30 years, I thought about when would be the next time for her, and I didn’t give one thought, not a single one, to handicapped people who really had to be worried about barriers.

I am now handicapped from the stroke, but the government protects you–sort of. The Americans with Disabilities Act (ADA) was signed into law July 26, 1990 by George H. W. Bush, so don’t say Bush was a bad president. Oh. My bad. That was his son.

Anyway, the ADA was later amended with changes on January 1, 2009. The ADA is really a civil rights law that prohibits, in most cases, discrimination based on disability. Disability, as defined by the ADA, is “a physical or mental impairment that substantially limits a major life activity.” Excluded are those with vision impairment, fixable by lenses, and drug users because those conditions can be repaired. (Are you listening, drug users? There’s hope for you yet, but not through the ADA).

Look at some of the lawsuits filed recently in the past and the winners from them: 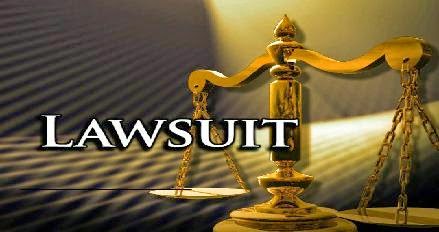 Barden v. The City of Sacramento
The City of Sacramento failed to bring its sidewalks into compliance with the ADA. Certain factors were resolved in Federal Court. One issue, whether sidewalks were covered by the ADA, was appealed to the 9th Circuit Court of Appeals  of Appeals, which ruled that sidewalks were a “program” under ADA and must be made accessible to persons with disabilities. The ruling was later appealed to the U.S. Supreme Court, which refused to hear the case, letting stand the ruling of the 9th Circuit Court.
Winner: Barden

Class action suit v. Expedia.com and Hotel.com
Customers with disabilities could not book hotel rooms, through their websites, without substantial  efforts that persons without disabilities were not required to perform.
Winner: Class action

Michigan Paralyzed Veterans of America v. The University of Michigan
Michigan Stadium violated the Americans with Disabilities Act in its $226-million renovation by failing to add enough seats for disabled fans or accommodate the needs for disabled restrooms, concessions and parking. In addition, the distribution of the accessible seating was at issue, with nearly all the seats being provided in the end-zone areas. The settlement required the stadium to add 329 wheelchair seats throughout the stadium by 2010, and an additional 135 accessible seats in clubhouses to go along with the existing 88 wheelchair seats.
Winner: Michigan Paralyzed Veterans of America

Spector v. Norwegian Cruise Line Ltd.
The defendant argued that as a vessel flying the flag of a foreign nation was exempt from the requirements of the ADA. This argument was accepted by a federal court in Florida and, subsequently, the Fifth Circuit Court of Appeals. However, the U.S. Supreme Cout reversed the ruling of the lower courts on the basis that Norwegian Cruise Lines was a business headquartered in the United States whose clients were predominantly Americans and, more importantly, operated out of port facilities throughout the United States.
Winner: Spector

Access Now v. Southwest Airlines
The District Court decided that the website of Southwest Airlines was not in violation of the Americans with Disability Act because the ADA is concerned with items with a physical existence and thus cannot be applied to cyberspace. But Judge Patricia A. Seitz found that the “virtual ticket counter” of the website was a virtual construct, and hence not a “public place of accommodation.”
Winner: Access Now

Don’t think the court is up to its neck with ADA lawsuits. The ADA had yielded a unusually miniscule number of lawsuits on employment issues–only about 1,200 across America in the first seven years of the statute. But as with all statutes, once people know them and what they include, many disabled people file worthless actions, thus, every ruling does not benefit the handicapped. For example, an qualified job applicant or employee with a disability can claim employment discrimination under the ADA, but job applicants must meet all the necessary requirements of the job with or without reasonable accommodation. Small businesses with fewer than 15 employees are not covered by the ADA.

The ADA covers individuals with psychiatric and neurological impairments that mostly limit essential life activities because individuals with such impairments have traditionally been subjected to ongoing employment discrimination, not because they are unable to successfully perform job duties, but because of fears and stereotypes associated with such impairments. Psychiatric impairments involve social, biological,or psychological dysfunction. Neurological impairments are conditions or diseases involving the nervous system, like the brain, spinal cord, and nerve centers.

The ADA, at the heart of it, is all common sense. For example, with the ADA excluding people with interim physical problems, it also excludes people with short-term mental health problems, too. The law recognizes that modifying existing structures is more expensive than making new construction accessible. The law only requires that public accommodations, like restaurants, stores, banks, and hotels, remove barriers in existing facilities when it is readily achievable. 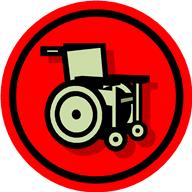 Inexpensive, easy steps that can be taken to help the disabled include, for instance, a ramp to cover five steps, a bathroom grab bar to help with balance, special hinges to widen a doorway, a paper towel dispenser that’s low enough to reach, and an accessible parking space.

The ADA requires all government programs to be accessible, not all government buildings. The ADA only insists that clear communication not exclude people with disabilities, like providing them with written materials instead of watching a PowerPoint that they can’t easily see or hear. But the law does not require any measure that would cause extreme financial or administrative difficulty to the employers. Remember in the beginning when I said “sort of”? That judgement, right there, is arbitrary. In other words, how much difficulty is too much?

While people have the right to file lawsuits, not all suits are winners for the handicapped. On its website, http://www.eeoc.gov, the U.S. Equal Employment Opportunity Commission (EEOC) is responsible for 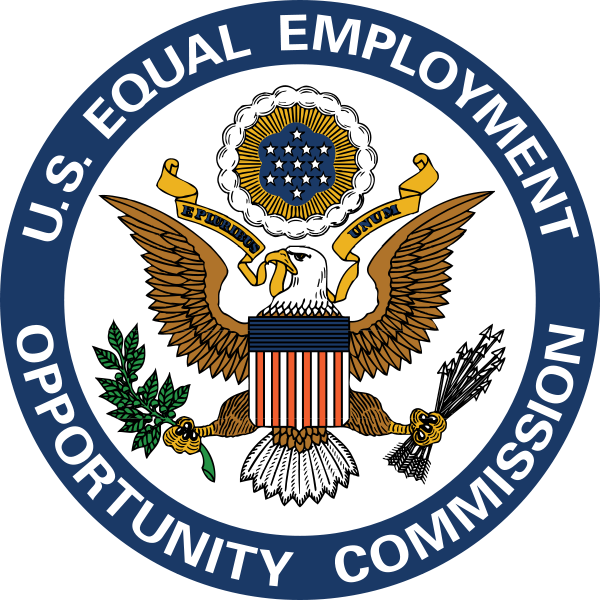 The EEOC has authority to dismiss the complaint. Trivial complaints do not make it through the system. EEOC investigators are taught to scrutinize whether one person or a party, like class action suits, has an actual ADA disability. Go to https://egov.eeoc.gov/eas/ if you think a charge should be filed.

So there you have it, everything I know about the ADA. Hmmm. It’s too late to file a complaint against my former manager, J, and her boss, stupid D, for making cracks about my lack of hearing when I asked them to repeat themselves. Actually, it was D’s fault. My hearing went south because the work environment in which I was located initially, with observable roaches and vermin, affected my ability to hear clearly.

“You don’t hear anyway,” was doltish J’s remark.  D used to roll his eyes and twitch his jaw if the remark had to be uttered again.

I didn’t know about the EEOC back then, but I surely wish I had.

Joyce Hoffman is one of the world's top 10 stroke bloggers according to the Medical News Today. You can find the original post and other blogs Joyce wrote in Tales of a Stroke Survivor. (https://talesofastrokesurvivor.blog)
[email protected]
http://talesofastrokesurvivor.blog
Previous post “The Tales of a Stroke Patient”….YES!
Next post ALERT: Why You Didn’t Read My Last Post About The Handicapped: You’re Scared to Tempt Fate

One thought on “The Handicapped in America: The ADA Has Your Back”