Skip to content
General
Spread the love
So I should have known, as a stroke survivor, from the first day I met Millie–when I fell off the slippery cafeteria chair in IKEA and she didn’t stand up and rescue me from the floor and continued eating her strawberry salad when other people came over to restore my position on the chair–that there was something wrong with her. But I ignored it, lying to myself, just thinking that she was in shock.
Looking back, I came to realize that everything was about Millie. If I have to give it a name, she was a DIVA! But to be fair, I take 10% of the blame. The rest, the 90%, goes all to Millie.

The first few weeks, other than falling off the IKEA chair, were most pleasant yet businesslike. I wasn’t used to that efficient style because my previous caregivers in Pittsburgh (I had three) told me everything about their family interactions and their social life. Often, they would pick me up and take me to their family’s parties. But Millie had boundaries. 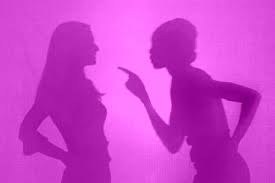 “I don’t like doing more than one thing at a time.”

“I have other clients that follow you, so I won’t plunge the toilet if need be.”

“This apartment needs deep cleaning. I know somebody who could do the job.”

And on and on, more and more, but that’s what she was hired for–multitasking, plunging, cleaning.

She should have quit the job rather than add boundary upon boundary.

I take 10% of the blame because once she decided to shirk her duties, I instigated her, just to see how she would react. It became a game, albeit a stupid one, called, “How Can I Piss Off Millie Today.”

“Millie,” I would ask, “while you continue to cut the fruit, could you tie my shoelace first?” knowing that she didn’t like to be interrupted.

“You need that show tied right now?” she asked defiantly.

I didn’t respond knowing that no response usually makes the point stronger. She tied my shoe and sighed audibly with a frown on her face. (I know that frown. It’s the same scorn I used on my mother-in-law when she did things unsolicited, like clean my bedroom without asking even though it was more like snooping).

When I was in the middle of a call on my cell to the doctor’s office, and Millie had already reached our destination, she’d advise me to hang up and call back later. I just knew she was approaching the final straw.

I paid her for three hours even though she just gave me two and a half after a while, complaining about the lack of parking spots. She had a 3-hour minimum.

“How about this idea?” I said to her. “Why don’t you leave a half hour earlier from your house because then you would actually put in the hours I am paying you for.”

“Wouldn’t work,” she responded, and then busied herself out of earshot with another task, one task at a time.

Then came the last straw. She gathered up a small clump of dust from somewhere, and said, “You should tell whoever’s here to clean more thoroughly.” Unbeknownst to me, sent a picture of that dust clump to my son who, regardless of how concerned he is about my well being, knows that I make my own decisions on everything and really knows I am not bothered by that little clump of dust. He thought it was silly, too.

(Millie was referring to Lynn, but didn’t say her name because Lynn and I are friends now rather than employer/employee exclusively and I interviewed them both on the same day. I would have taken Lynn over Millie, but Lynn couldn’t work every day, and it’s Millie’s job anyway to clean up little clumps of dust. She was the primary caregiver! Forgive me for that huge rant, but it had to be said).

I finally knew. She had to go. I’m known to have a long fuse, but I have limits, too. On a recent Monday, I let her do the tasks and we took a break two hours in.

“Millie, this isn’t working out,” and then paused for her to object. But rather than argue, she packed her things in a hurry and left without saying a word. I was amazed at how easy that was to let her go.

I didn’t pay her for the three hours (that was only two), so I put the check in the mail along with a timesheet required by the insurance company and a self-addressed stamped envelope with my name on the front so I could get the timesheet back. No reply. After a couple of weeks, I sent another check thinking it was lost somehow in transit and, once more, the timesheet and a self-addressed stamped envelope. Again, no reply.

But this time, a few days after my second mailing, she cashed the check, only one of the two I sent, probably destroying the other. (I put a stop on that check anyway). And she never returned the timesheet.

I came to realize two things: 1) Millie should have quit much earlier if she was so unhappy, and 2) there were more Millies out there who actually enjoy being caregivers. Lynn comes every Wednesday now and I have another lovely caregiver who do the tasks I assign them, with a smile, always! Good for them, good for me.

Joyce Hoffman is one of the world's top 10 stroke bloggers according to the Medical News Today. You can find the original post and other blogs Joyce wrote in Tales of a Stroke Survivor. (https://talesofastrokesurvivor.blog)
[email protected]
http://talesofastrokesurvivor.blog
Previous post Stroke Survivors Like Us With Aphasia: One Son’s Everlasting Love for His Mother
Next post Me Talking Exclusively About Me: The Tales of a Stroke Patient and More