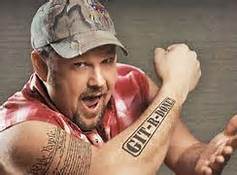 The cable guy called first and then he showed up around 1 in the afternoon on Labor Day because the channels weren’t appearing. I was reading David Foster Wallace‘s Infinite Jest and I put the book down because I thought it would be rude to just sit there reading, ignoring him. He was an older guy, about my age in his 60s, and I unlocked the door ahead of time so I wouldn’t have to get up from the sofa. He was friendly, unpacking all his equipment and feeling the need for conversation.

“Do you have any plans for the holiday?”

“Nope,” I replied. “Just hanging out. It’s strange to see a person working on Labor Day.”

“Christmas, the Fourth, Thanksgiving. The company is a bully in that way. Sometimes, I work 7 days a week. Just laid off 44 repair guys and I was retained. I don’t want to lose my job, too.”

“Are those your grandchildren on the wall?” gazing at my sons and feeling a little tiffed that he thought I was of the age to have grandchildren when I feel like 40.

He told me to change channels because he wanted to see if the remote was the problem. I put on my favorite channel, CNN, because I was into politics. Apparently, so was he.

“How come it’s always been a difficult decision who to vote for,” he said.

“Yeah. I don’t like either of them. But Romney I sort of liked,” I said, omitting the part where my son lives in Massachusetts. TMI, I thought.

“Now I see it,” gazing at the small diagnostic screen he brought with him. “There’s something wrong with your cable box. Is it in the closet or out there?” He was pointing to my balcony.

I gestured with my hand to the balcony closet. He pulled the vertical blinds away and unlocked the balcony door.

And then he said it, those words I’ve always wanted to hear: “What happened to your leg? Broken?” He didn’t know. I was wearing the AFO and part of it was sticking out of my pants.

“Oh,” was all he said. Then he proceeded to the balcony where he remained for 20 minutes to repair the box. 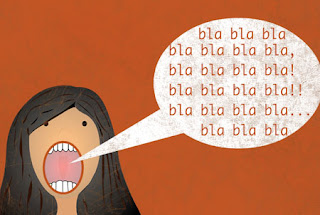 But most importantly, he and I were having a conversation, and he thought something happened to my leg, never imaging it was a stroke. I was overjoyed that I was communicating with him and he never once thought it was that. At last, I said the words correctly and naturally. I remember the speech therapist’s words, which I engineered into an acronym–HOSE: hydrate, over-articulate, speak slowly, and speak on the exhale. Evidently, I was doing just that.

I was on a roll. When he came back in, he asked me to sign his electronic clipboard with my finger. And he asked me if he should lock the door on his way out and I nodded, said too many “thank you’s,” and he left.

Joyce Hoffman is one of the world's top 10 stroke bloggers according to the Medical News Today. You can find the original post and other blogs Joyce wrote in Tales of a Stroke Survivor. (https://talesofastrokesurvivor.blog)
[email protected]
http://talesofastrokesurvivor.blog
Previous post Post-Traumatic Stress Disorder and Stroke Survivors: It’s Real As Rain
Next post Alcohol and Stroke: You May Be Just Asking For It

2 thoughts on “The Words I’ve Been Longing To Hear: An Energizing Visit from the Cable Guy”