Skip to content
General
Spread the love
This post is divided in 3 parts. If I had to judge, the 3rd part is the most important. A little background first.

When I had my stroke at 4am on April 8, 2009, the paramedics came and I was soon intubated, I found out a few months later. Intubation is a procedure where an endotracheal tube offers an open passage through the upper airway to allow air to pass freely to and from the lungs in order to ventilate the lungs. It helps to be in a coma-like state to not feel the pain.

Endotracheal tubes can be connected to ventilator machines and is often used when patients are critically ill and unconscious, and cannot maintain enough respiratory function to keep breathing on their own. 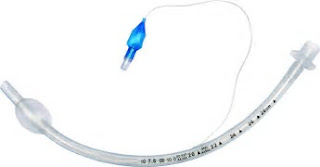 During endotracheal tube placement, however, one of the dangers is damage to the teeth. So one of my teeth, the upper right canine, was missing, as in knocked out. Also, I had orthodontia before many years ago and the original orthodontist placed a wire behind my bottom teeth so they wouldn’t move, and the wire became dislodged in placing the endotracheal tube. I had the upper right canine replaced with a cap, but the lower right first molar eventually came forward in time and my bite was affected. 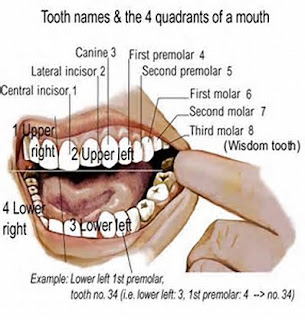 I studied the tooth, coming forward each year, until I couldn’t stand it any longer. That was the only thing I could see in the mirror–that medial drift of the molar which made room for the rest of the teeth, but the hapless lower left first molar was the victim.

The new orthodontist applied the braces and said, “Remember. Nothing hard or crunchy or sticky while you have the braces on.” I sat there and started thinking about Vitamin K and Coumadin, a popular blood thinner.

I have to take the same amount of Vitamin K in order to keep my INR (International Normalized Ratio) stable. Vitamin K is responsible for a healthy heart, improvement in bone density, reduced infections, and strong teeth. The INR determines ability to clot and, according to WebMD, “People taking the blood thinner warfarin typically have a target INR of 2.0 to 3.0.” Below 2.0, you’re aiming to clot; above 3.0, you might bleed. Trust me. I was there, and you don’t want either.

I found inrtracker.com and then simply clicked on Vitamin K database to see which foods were allowed, not more than 90 micrograms a day for people 19 and older. This was my regimen, i.e. the same foods I ate every day. I absolutely love cucumbers with the skin still on them (4 thick slices = 30mcg), stalks of celery (1 large = 30mcg),  and blueberries (1 cup = 30mcg).

But I can’t eat them now, the cucumber and the celery because they were hard, and especially blueberries getting stuck in the braces because of the outer skin. I felt so defeated that my regimen couldn’t exist for a while. 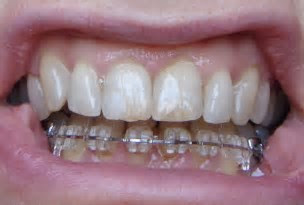 But then, a week later, I researched and while I have the braces, I eat chopped cabbage for cole slaw that’s made soft in the mayonnaise dressing (1 cup = 32mcg), ripe “just-melt-in-your-mouth” avocado (just short of 1 cup = 28mcg), and 1 large, soon-to-rotten kiwi (1 = 30mcg), every day. The regimen must continue, for the canker-producing braces, for the must-have Vitamin K, for my anxious sanity.

Until the braces come off in 5 months, I’ll go with that regimen every day. Good Lord! It’s only 5 months! I’ll keep my INR between 2.0 and 3.0, and then I’ll go back to the cucumbers, celery, and blueberries once the braces come off.

You see, it isn’t the braces alone that’s the reason for my telling you the story. It’s a parable, an allegory, that applies to everything in life you consider arduous and burdensome. For me, it was assigning other “edible-because-of my braces” foods to my Vitamin K diet with Coumadin. For others, it might be a word you couldn’t utter, and now you can speak that word without feeling embarrassed, or a walk around the block that you deemed impossible, and now you can do it twice, or a 12-minute ride on the stationery bike that you thought was the most you could do, and now you can do 55 minutes.

Bottom line? You can do more things faster and efficiently than you’re doing presently. Guaranteed. I know because, as a stroke survivor, I was there.

Joyce Hoffman is one of the world's top 10 stroke bloggers according to the Medical News Today. You can find the original post and other blogs Joyce wrote in Tales of a Stroke Survivor. (https://talesofastrokesurvivor.blog)
[email protected]
http://talesofastrokesurvivor.blog
Previous post Botox and Stroke Survivors: Does It Really Work?
Next post A Review of Stroke Books, and The 3 Things I Didn’t Have When I Had My Stroke

One thought on “This Is a Life Lesson: Cankerish Braces Just a Parable”