Skip to content
General
Spread the love
Nobody told me about tendon transfer surgery while I was in New Jersey. Or Philadelphia. Or what I read on the Internet. So what is it?

Tendon transfer surgery may be needed on the hand and/or foot if muscle function has been lost due to a disorder of the nervous system, like stroke.

Well, I had tendon transfer surgery, by Dr. Dane Wukich at the University of Pittsburgh Medical Center (UPMC), two  weeks ago. This is the first time I could write about it to all of you because of the ongoing pain that should slow down in another two or three weeks. The surgeon called it successful, but here’s the detour he had to take because he encountered two problems:

The tendon, when he got to it, was atrophied, meaning that the tendon lost the power it once had. I was 5 years post-stroke. Here’s a picture of what it looked like: 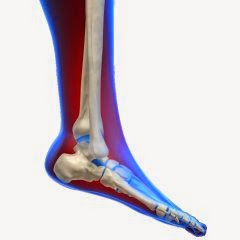 Also, the bone around the tendon was too thin to safely transfer it. I had osteopenia, a step before osteoporosis.

So the surgeon cut the tendon rather than transfer it, allowing my foot to be flat. (The tendons shorten after a stroke from non-use). That’s good enough for me. I still can’t wiggle my toes, but it was worth it, not having drop foot any longer. It might take more than a year to discard the brace, but at least there is hope.

Again I ask, why didn’t some doctor tell me about tendon transfer surgery before it was too late to do anything?

Folks, if you had a stroke or know people who had a stroke a year ago or less, investigate about tendon transfer surgery. You’ll be doing yourself or them a great favor before it’s too late, and before atrophy sets in.

Joyce Hoffman is one of the world's top 10 stroke bloggers according to the Medical News Today. You can find the original post and other blogs Joyce wrote in Tales of a Stroke Survivor. (https://talesofastrokesurvivor.blog)
[email protected]
http://talesofastrokesurvivor.blog
Previous post The Day Before My Self-Elected, Drop Foot Surgery
Next post Ho Hum: Life in the Hospital Is Mostly the Same, Except Sometimes….

4 thoughts on “Wake Up, Stroke Survivors, Before It’s Too Late to Do Anything!”