Skip to content
General
Spread the love
As a stroke survivor, I always feel vulnerable. I can’t escape  from danger because I can’t run away–from a fire, a mugging, or even a bee attack, for instance. As a result, I evoke unsolicited drama wherever I go. So it’s time to tell you the story of when we went to Walmart.

Walmart, especially the super-sized ones, is the place you go when you need a variety of things, a consolidation of the trips you would have taken to the grocery store, the hardware emporium, and the plant shop, for example. 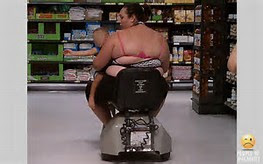 A couple of days ago, I (in my wheelchair because sometimes the scooters are wet from I-don’t-know-what but I can take a guess) and my friend went to Walmart wearing casual clothing–the two of us in jeans and hoodies (my hoodie comes into play later on)–to shop for a bag of romaine, light bulbs, and a plant not requiring much of anything, like water and sunlight. But every time I go there, I get what’s on the list and a slew of more items. Every time. Good marketing, I imagine.

Anyway, I also picked up an avocado and a box of tomatoes that an AARP article nudged me to do, a sun hat (which I didn’t at all need), flip-flops for the future even though I still have an AFO, an extra extra jar of Musselman’s  applesauce, just-in-case, that I use for taking my pills, a can of Pledge, two dust cloths (that are related to the Pledge), and two plants in case one of them dropped dead on the ride home. I also picked up batteries for my MP3 player that I use for exercising. My friend picked up a plastic container of Hershey’s syrup that her son loved for chocolate milk. 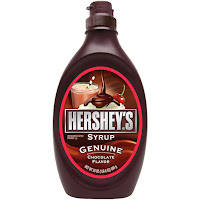 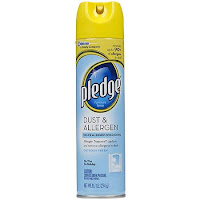 The ride through the store was a hard one, going down every aisle in case I missed something, especially the sale items which Walmart calls “rollbacks.” After a while, I couldn’t carry the things on my lap anymore, after dropping the Hershey’s syrup and Pledge three times. So my friend put the dropped items in my hood and we went to the cashier to check out. I got the receipt and attempted to exit the store.

However, I was in a high-anxiety state when extraordinarily loud alarm bells and buzzers started going off simultaneously. Soon, two beefy security men appeared. My friend (soon to be not) forgot to take out the Hershey’s syrup and Pledge from my hood unknowingly. Really. Unknowingly! Evidently, Walmart has cameras, or security people watching from above.

Could it just prove my theory: You never know what will bite you in the ass next? I closed my eyes, expecting the worse, thinking to myself in the wheelchair, “Where am I exactly going? Could I run away? NO way!” My friend was standing alongside me.

“You have something in your hood,” one of the guards said to me. It wasn’t the time for jokes, but actually I had two things in my hood.

“Oh? I didn’t know,” I replied with all the self-righteousness I could muster. And I didn‘t know. She and I forgot about the allegedly stolen items. Because that’s what they were. Allegedly stolen. Good thing the guards stopped us inside the store. I don’t want to even think about what could’ve happened if we were outside the store.

I offered to pay for them and the two guards were looking at us skeptically with we-don’t-give-away-free-stuff-at-Walmart expressions. Not a word from the guards any more. Without looking back, we just turned around, went to a cashier, and paid–me for the Pledge and her for the Hershey’s.

We didn’t say a word during the long drive home. I was proud of myself for not saying, “She did it. It was her fault.” And she was probably saying to herself, “Why do I even work for this woman.”

I found this article the next day on the computer:

Fort Lee, FL–A security guard at a Fort Myers Walmart was caught on video tackling a suspected shoplifter and holding her down. That employee has since been fired for how he handled the situation.
That worker told investigators he tried to stop them and they took off running. That’s when he tackled them.

If that’s the way Walmart’s security guards were trained, were we lucky in retrospect? Absolutely!

Joyce Hoffman is one of the world's top 10 stroke bloggers according to the Medical News Today. You can find the original post and other blogs Joyce wrote in Tales of a Stroke Survivor. (https://talesofastrokesurvivor.blog)
[email protected]
http://talesofastrokesurvivor.blog
Previous post Falls and Stroke Survivors: 5 Studies in 5 Continents, and 5 of My Tips for Preventing Falls
Next post The Relationship Between Surgical Procedures and Blood Clots

9 thoughts on “Walmart–A Convenient Place to Shop, Unless You’re a Shoplifter”