Skip to content
General
Spread the love
Should there be yet another protocol for the handicapped that includes a no passing zone? Read on. I really want to know your slant.

I was going for another blood test, my weekly routine (INR), to check if my blood coagulation was in an acceptable range because I take Coumadin, a blood thinner. (See http://stroketales.blogspot.com/2016_11_28_archive.html) The results got iffy for a while because I was slacking off, not always precisely counting the vitamin K that I get from foods like diabetics with their sugar. (Read INR tracker to see which foods are highest and lowest in vitamin K — http://inrtracker.com/nutrients) 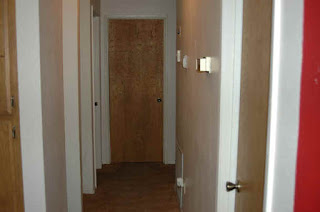 I had two appointments that day–blood testing and the neurologist at 4. It was now about 2 o’clock. As soon as I entered the building for the first appointment, my friend Jody and I, ambling faster by my standards but still slow by normal standards, went straight for about 25 feet and then made a left to travel about 100 feet down a narrow hallway.

At the end of the hallway was Labcorp, an all-purpose center for testing of bodily fluids. Anybody who goes the distance is going to Labcorp because it’s the last door straight ahead.

As I got within 20 feet, I heard a noise behind me. I turned around, still walking forward which was stupid for risking a fall, and saw what I presumed was a mother and her teenaged daughter narrowing the distance. Then they were a foot behind me. I know because I smelled the strong odor of garlic on their breath. That smell made me hungry, reminding me I skipped lunch. But I digress.

Anyway, we were almost to the door–I’d say 3 feet–when the mother and daughter edged past us, walking sidewards to get to the door first.

“No,” I screamed when they were at the doorway, “we were here first. Let me go first.”

Without saying anything, the mother and teen entered Labcorp without holding the heavy door which slammed in front of me and signed in ahead of me. Jody opened the door and I was seething, but Jody gave me that look that says, “Calm down.” I didn’t care and went forward with the argument. Jody picked up a magazine, but I don’t think she was reading it.

“That was rude of you to go ahead of me. You see the cane so obviously I’m disabled,” I said, glaring when we were seated.

But the mother was on her cell phone, her eyes cast downward as if she wanted to concentrate on the call, and the teen returned my glare. I saw I was getting nowhere with these two.

I looked around for “No Cell Phones Allowed” signs, at times seen in medical offices, adding fuel to my argument, but there weren’t any. And of course, the mother and teen were taken ahead of me.

When we left and got in the car, Jody didn’t talk to me, so I imagine she was pissed off. That shouting incident was a week ago, and to remain friends, neither of us brought it up. I was punctual for the next appointment at the neurologist a half hour away, with 15 minutes to spare, but that’s not the point.

So I come to you, dear reader, to say: You know my side, but was I right to demand being first or was I wrong to expect that outcome? Use the comment section to speak your mind. Or write me an email. Either way. After writing for more than 40 years, I can take rejection.

Joyce Hoffman is one of the world's top 10 stroke bloggers according to the Medical News Today. You can find the original post and other blogs Joyce wrote in Tales of a Stroke Survivor. (https://talesofastrokesurvivor.blog)
[email protected]
http://talesofastrokesurvivor.blog
Previous post You Probably Won’t Get 100% On This Quiz About Strokes
Next post Caregivers Are Suffering; Stroke Survivors Are Suffering: Who Has It Worse?

7 thoughts on “What Would YOU Do? aka Dumbass, Don’t Squeeze By Me in the Hall in Order to Be First!”