I bought an exercise bike, learned how to stretch, and used leg weights religiously. I ate healthy, was energetic, and kept my post-stroke hospital weight (size 8-10). 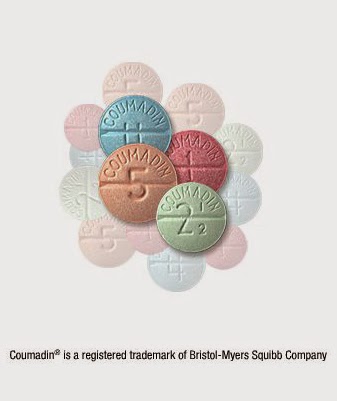 But the trouble started about a year and a half ago when I moved to Pittsburgh and saw a well-known hematologist. He told me, in no uncertain terms, that some doctor, a long time ago, should have taken me off of Coumadin [a blood thinner].

So in three days, I weaned off of Coumadin and I was free–no more weekly blood monitoring, no more foods to avoid like cranberries, leafy green vegetables, and a lot of Vitamin K.

But on Wednesday night, April 22, my knee was swollen, I was more tired than usual, and I was randomly winded. I attributed my swelling to too much exercise (no pain, no gain, right?), my fatigue to too much activity (shop ’til you drop), and my breathlessness to allergies (wheeze, cough).

My knee was getting increasingly worse, and now it was crimson and warm, my whole leg swollen. Fatigue and breathing difficulty continued, too, through the weekend. I went to the internist on Monday.

“If I were to take an educated guess,” she said slowly and paused, as if she didn’t want to give me bad news, “I would say it’s a blood clot. Go to the hospital and take a Doppler.”

Of course, I knew what a Doppler was. I had a few of them. The Mayo Clinic defines it best: “A Doppler ultrasound is a noninvasive test that can be used to estimate your blood flow through blood vessels by bouncing high-frequency sound waves (ultrasound) off circulating red blood cells.” (A regular ultrasound can’t show blood flow). 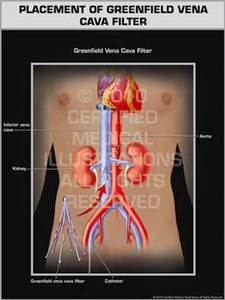 I went and it was, just like the doctor had educationally guessed. But there was more. On the advice of the ER doc, I took an ultrasound of my lungs and his educated guess proved right, a clot that traveled to my lungs called a pulmonary embolism. I had the vena cava (Greenfield) filter from the stroke 6 years ago, but it only takes care of big clots. The small ones get away and travel, to the lung or brain, for example.

I’ve been in the hospital for 5 days and counting. I am expecting I’ll be here for 2 or 3 weeks. My balance is good, but my endurance sucks. So they transferred me to the in-patient rehab floor where I’ll build up to where I was.

The hematologist said, “I made a mistake in taking you off Coumadin.

I was tempted to say, “Fuck, yeah!” But for once, I kept my mouth shut.

Question: How often do doctors admit they made a mistake? Answer: Rarely to never! I was glad he admitted it. And that was enough for me, making me believe, once again, that doctors sometimes don’t know what the fuck they’re talking about. Just educated guesses is all.

Joyce Hoffman is one of the world's top 10 stroke bloggers according to the Medical News Today. You can find the original post and other blogs Joyce wrote in Tales of a Stroke Survivor. (https://talesofastrokesurvivor.blog)
[email protected]
http://talesofastrokesurvivor.blog
Previous post The AFO and Toes, aka There’s Nothing Cute about Curly Piggies
Next post A Life Interrupted and Then Somehow Regained

2 thoughts on “You. Never. Know. aka The Shit Misses the Fan”