If I had to recall the most dominant memories of my parents, they are these: My mother who was overly plump always talked about the next meal, and my father who had a short fuse always yelled at me when I couldn’t solve a math problem. That was pretty much it. But both my parents shared something in common. They never talked to me about death. So as a result, I thought I could live forever.

My  friend always says, “You were born to die.” I always say, “You were born to live.” Who’s right? Maybe we both are. I used to daydream that I would be the breakthrough person who be subject to cryogenics intentionally, aka frozen in time, and I would wake up to a planet that seemed more like the Jetsons, a cartoon where everything was in the future like Rosie the Robot and flying saucers. But ever since my stroke, I knew that all of us–even me–have to die. It took me 60 years to realize that.

Many people don’t know about long-term health care insurance (LTC), an insurance that kicks in once you’re chronically disabled. They have exclusions, of course, and each long-term policy differs. In my case, if I had a stroke (which I did), I need skilled assistance with simple activities such as bathing and eating, so I’m covered. Chronic illnesses or other conditions requiring specific needs on a daily basis over an extended period of time are also covered. The thing about insurance is this: Consider yourself lucky if you don’t use it. But that doesn’t mean you don’t need it. Thinking it won’t happen to you, especially if you haven’t experienced significant health problems in the past, is foolhardy.

Analysts estimate that by the year 2040, over a million people in the US will exceed 100. Currently, it is estimated that 8 million Americans have LTC.

You must qualify for LTC. Because health changes as you grow older, it’s best to look into LTC before you reach retirement age. Somewhere around a person’s late 40s is considered the best time to begin. Premiums among providers of LTC can vary significantly, but each insurer has “sweet spots” in pricing to make the policy more affordable. Most likely, a person is only going to buy an LTC once because it’s almost never economically clever to go from one LTC provider to another. As my title says, you never know. Nobody does. If you’re working, employer-based health coverage will not pay for daily, extended care services. Medicare will cover a brief stay in a sub-acute facility or nursing home, or a small amount of in-home care, but it’s not without strict conditions. That’s where LTC comes in, to help cover long-term (the optimal word is long) care expenses. Some long-term care policies will even assist with the costs in modifying your home so you can be more safe in your familiar surroundings.

But as with everything, there’s a wrench. Long-term care insurance options are dwindling. In fact, that’s the title of the article written by Emmet Pierce for Insure.com in 2012. It all comes down to economics for insurance providers.

“The market is changing fast because of concerns over profitability,” says Mike Skiens, the chairman of the National Long-Term Care Network group. “It’s getting harder to find LTC policies that offer lifetime benefits, leaving policies that offer only several years of protection.”

LTC has strong attraction to people who are attempting to protect their estate from losing value. Care covered by LTC policies generally isn’t covered by Medicare, which primarily targets short-term services and rehabilitation, says Pierce.

“Now the carriers are saying there is too much risk associated with them. When you look at the increasing incidents of dementia claims, you can see why [some] carriers are no longer offering those, but they are still offering two-year, three-year, five-year, seven-year plans,” Skiens says.

The baby boomers, who are living longer, bless their ever-lovin’ souls, 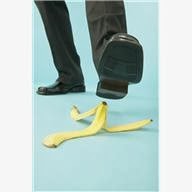 are the reason for the change. It’s not their fault, per se, but the insurers have to worry about their profits. Consequently,  LTC may become prohibitive to the middle class or, in current terms, the 99%. According to the National Long-Term Care Insurance Price Index in 2012, prices for LTC policies today are between 6 and 17 percent higher than comparable coverage only a year ago and have less options.

Allianz, Guardian, MetLife and Unum Group in the last 3 years left the LTC business, according to CBS News. When Genworth Financial, a major provider of LTC, said it was reducing LTC operations, that announcement sent shivers through the industry. None of the companies, by the way, that left the LTC market, will stop honoring the LTC policies they already have sold. (Whew!)

In the early years, insurers were less concerned with potential losses. “There was a tremendous amount of unlimited benefits being purchased,” says one analyst. “I call that the open checkbook.”

The longer you live, the more likely you are to use your LTC policy, but not everyone should buy one, says AARP. If you have to use money that otherwise would be spent on such necessities as food, shelter, and clothing, the necessities come first.

So how much is LTC? The average annual premium for a policy with four or five years of coverage sold in 2010 to someone age 55 to 64 is $2,261. While the policies are not cheap, not having LTC coverage can be even more expensive. The average annual private pay cost of nursing home care this year is about $88,000 and exceeds $100,000 in 10 states, according to AARP’s Long-Term Care Insurance 2012 update.

The base price for assisted living facilities averages $41,000 annually. Adult day services, which allow people to remain in their homes, average $66 per day. Companies that provide licensed home health aides not certified by Medicare charge an average of $20 hourly, according to the AARP report. Many insurers now will continue offering LTC policies, but they won’t be as comprehensive.

On the theory that something is better than nothing, I bought the cheapest LTC policy. That policy was all I could afford. I’m glad that I have LTC, purchased in time, when a short time later, the whole world, as I knew it, would come crashing down.

Joyce Hoffman is one of the world's top 10 stroke bloggers according to the Medical News Today. You can find the original post and other blogs Joyce wrote in Tales of a Stroke Survivor. (https://talesofastrokesurvivor.blog)
[email protected]
http://talesofastrokesurvivor.blog
Previous post Sleep and Stroke: WTF? You’re Asleep Already?
Next post The Invaluable Hearing Aids, aka Me? Wrong? You Betcha!