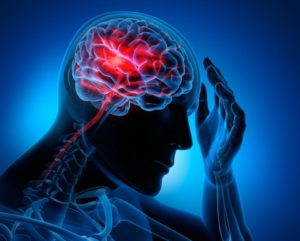 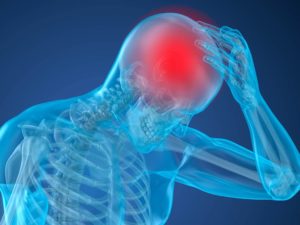 This post all started from an email I received anonymously:

I’m the parent/caretaker of a 9yrs old pediatric stroke survivor. I have been suffering from PTSD since his first event. He is now 14yrs, has had 5 strokes to date and I call him a’thriver’. But I just never know when…the…next…might come? My son’s condition will not ‘get better’ or just ‘go away’. He will never ‘get over it’ and as a result, I’ve had to put my constant fear in my pocket and just keep going. I’d like to know more about studies done on ‘parents’ of pediatric stroke survivors and how common the PTSD experience is within this group.

That being said, you are not alone. Pediatric cancer, tumors, severe injuries,Type 1 diabetes, epilepsy, or other neurological disorders can cause post-traumatic stress. Symptoms may include:reliving the experience, avoiding remindersof the event or condition, feeling numb or detached from others, anxiety, difficulty concentrating and being constantly on the lookout for danger.

The triggers may be different, but the results can include hypervigilance, withdrawal, anger and guilt.

From the National Institutes of Health: “Despite evidence suggesting that rates of PTSD in parents decline over time, a significant proportion of parents continue to suffer clinically significant levels of distress in the long-term.

“It remains difficult to characterise the trajectory of parent distress over time for a number of reasons. Past research has mainly examined a single illness group, and many studies use different scoring tools and methods, making it difficult to determine trajectories over time, the predictors of functioning at different phases of the model, and whether illness factors or the type of illness contributes to different outcomes.”

The Take a Breath Cohort Study from the Royal Children’s Hospital, Melbourne, Australia, is underway to determine how significant this problem is across different illness groups, and the “extent to which there is spontaneous resolution of symptoms requiring no further intervention, or to what extent early intervention is warranted.”

The link, the study confirms, between parent psychological distress and notable childhood illness has phenomenal effects for pediatric healthcare and parental PTSD.

The study goes on to say, “A greater understanding of parent distress reactions and their impact will also assist in the allocation of resources to address this problem, with those potential resources ranging from basic psycho-education, to more involved psychological approaches (e.g.interventions based on cognitive behavioural therapy or acceptance and commitment therapy) to involvement with psychiatry can provide a map for treatments that are preventative, innovative, and targeted to the true needs of the child, family, and healthcare system.”

Kidshealth.org says, “Studies show that people with PTSD often have atypical levels of key hormones involved in the stress response.

“For instance, research has shown that they have lower-than-normal cortisol levels and higher-than-normal epinephrine and norepinephrine levels, all of which play a big role in the body’s ‘fight-or-flight’ reaction to sudden stress. (It’s known as ‘fight or flight’ because that’s exactly what the body is preparing itself to do — to either fight off the danger or run from it.)”

So yes, you are not alone with PTSD and an ill child. To my readers, and to Anonymous, seek medical advice if you suspect PTSD, and you may be entitled to medical and other support. You have my best wishes in this unimaginable struggle. 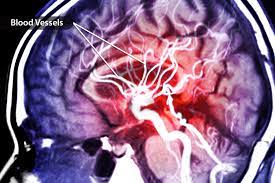 Previous post Do You Think Stress Alone Can Cause a Stroke? 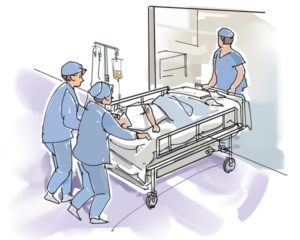