Skip to content
Education
Spread the love
Whenever I would come home from school and smell cinnamon lurking somewhere in the atmosphere, I wouldn’t know exactly what my mother was baking, but with that intoxicating aroma, I just knew that it was going to taste good before I entered the kitchen.

It’s rare that I create a new term, almost non-existent perhaps, but I’m going to do so now unless I learn otherwise: Cinnamon is one of those comfort smells.

I smelled it and then a really good feeling overcame me and the day was going to be better than it already was. Once I realized that effect cinnamon had on me when I was in my 20s, I bought cinnamon sticks for my tea or coffee continuously. I still have them today, over  50 years later. (Not  the same ones! LOL!) And now that cinnamon offers more than an aroma…well, I’m getting to that soon for a dramatic ending to this post. 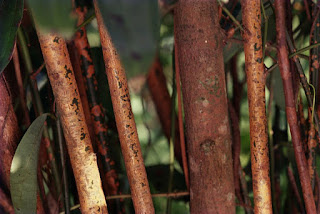 First, a little background on cinnamon. Cinnamon usually comes from Sri Lanka, India, Vietnam, and Burma, and source is a cinnamon tree, an evergreen with a soft bark.

The Huffington Post says, “Cinnamon farmers first shave the outer bark off the trees, and then shave off the inner bark — the cinnamon layer.” Then it naturally curls into sticks known as “quills.”

So here’s the really good news aside from the spiffing aroma. Those who know cinnamon have most likely heard of  the spice’s health benefits, including stabilizing blood sugar, as an aid to help people with Parkinson’s, and potentially reducing the risk of cancer. Now, cinnamon may help to turn slow learners into better ones. The researchers have only been researching mice, but the results were astronomical.


A new study at Rush University Medical Center and published in the Journal of Neuroimmune Pharmacology used cinnamon to test the effect on mice that were classified as “good learners” and mice that were classified as “slow learners.” Results indicated that the cinnamon helped the poor learners to learn better. (The smarter mice did not improve their intelligent quotient).
Kalipada Pahan, the study’s lead researcher, said, “We have successfully used cinnamon to reverse biochemical, cellular and anatomical changes that occur in the brains of mice with poor learning.”
Specifically, Pahan and his research team found that consuming cinnamon had an effect within the hippocampus, a region of the brain associated with the sorting and storing memory in the mice community. In a previous study, people (not mice) who have difficulty learning have less of a protein called CREB in their hippocampus (responsible for learning), as well as more of a protein called GABRA5 (which has an effect of slowing down the brain).
So using the Barnes Maze when the “poor learner” mice in the study consumed cinnamon, their bodies metabolized it into sodium benzoate, a chemical compound which has been used to help treat brain damage. As a result, the poor learner mice who ate cinnamon exhibited higher levels of CREB, and lower levels of GABRA5.
The report said, “These results describe a novel property of cinnamon in switching poor learners to good learners via stimulating hippocampal plasticity.”
A role reversal indeed!
“This [eating cinnamon] would be one of the safest and the easiest approaches to convert poor learners to good learners,” said Dr. Pahan.
“Individual difference in learning and educational performance is a global issue. We need to further test this approach in poor learners. If these results are replicated in poor learning students, it would be a remarkable advance.”
If cinnamon was found to help humans to learn more efficiently, it could be highly beneficial for millions of people. Clinical trials are next.
And if you like it, try the cinnamon. What have you got to lose!